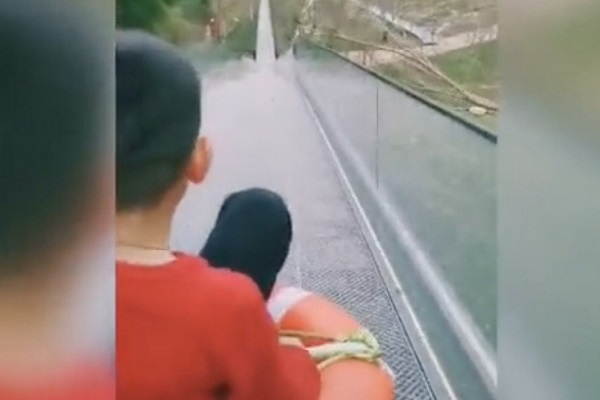 Two people have been killed and 12 injured after falling from a slide at an amusement park in south west China.

The accident happened at the Children’s Garden attraction in Taiping, Sichuan province on Wednesday - the first day of the Labour Day holiday – local authorities government said in a statement on social media.

The statement also advised that the attraction had been closed and “the person responsible for the business” had been detained pending an investigation.

Assessing various reports on the incident, it appears the deceased were both adults while. of the 12 people hurt, six were adults and six children. All are being treated in hospital.

A woman who was at the attraction with her daughter when the accident happened said she thought the ride might have been overcrowded.

The woman, who declined to give her name, advised “I was on a rope bridge and saw four or five rubber lifebuoys with people on them all crowded together and sliding down.

“The people were screaming, I’m not sure whether from fright or excitement, but within seconds they all flew off the slide.”

She said it had been raining on the day and she thought the ride, which ran down a steep hill, might have been running faster than normal.

In a now deleted post on WeChat, Children’s Garden said it had 32 ‘dry’ slides of various sizes. A video posted on V.qq.com shows a young boy riding down a slide similar to the one on which the accident happened. The guard rails appear to be about 50cm high.

Children’s Garden posted a notice on WeChat on Thursday saying it was closed for upgrading, but did not mention the accident.

This week’s incident is not the first at the Children’s Garden. Just two days after it opened in July 2017, three people were injured when a rope walkway they were on collapsed, the Chengdu Economic Daily reported at the time.

News of the latest accident drew angry reactions on Weibo, with people questioning what had been done to improve safety at the park.

A person wrote “I’m a local and have never gone there,” a person wrote. “How connected is its boss? No one is regulating this?”

Image: A woman who witnessed the accident said the slide was similar to this one shown in a video shared online. Courtesy of V.qq.com