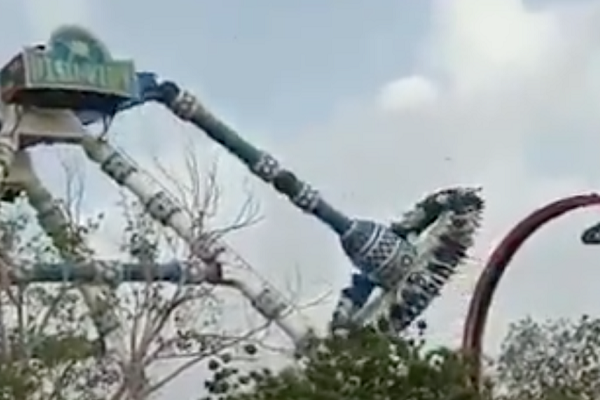 Two people have been killed and 15 seriously injured following an amusement ride failure at the Kankaria Adventure Park in the Indian city of Ahmedabad.

A video of the incident shows the Discovery pendulum ride swinging back and forth, while a circular axis at the furthest point of the main arm, where riders were seated, spins simultaneously.

The video then shows the moment when the main arm of the pendulum ride snaps in mid air, smashing into the ride's structure before falling to the ground as onlookers watch on in horror.

Around 30 guests were affected, with videos then showing desperate rescue efforts to save trapped, bleeding passengers with broken limbs, while unresponsive passengers remain trapped next to them.

The two deceased have been identified as Manali Rajwadi, aged 24, and Mohammad Javed, aged 22 while a further 15 people reportedly suffered critical injuries from the accident.

Those injured were aged between 16 and 26, according to reports.

"The heads of departments of paediatrics, orthopaedics and surgery reported to the hospital and the injured are being treated."

According to statements, six people have been charged over the incident, for a culpable homicide not amounting to murder. Those charged include the Kankaria Adventure Park’s owner, his son and ride operators. 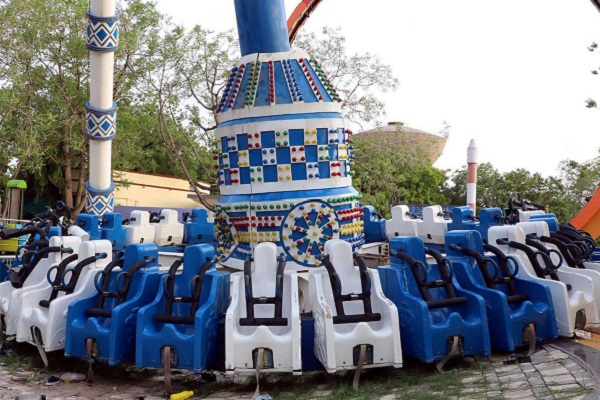 This is the second such incident in recent months, after a 19-year-old girl was killed in similar circumstances, when the 'Flying Saucer' pendulum ride's arm snapped at the Istiklol theme park in Jizzakh in Uzbekistan.

Riders fell more than 6 metre to the ground below with seven people injured.

A similar tragedy occurred in July 2017, when a teenager died at the Ohio State Fair in the USA after being thrown from the Fire Ball spinning pendulum ride, which broke apart while in operation. Following an investigation into the Ohio accident, investigators found corrosion to be the cause.

In the United Kingdom, a number of rides were shut down by the Health and Safety Executive for thorough safety inspections following the Ohio accident.

Images: The Discovery ride at the Kankaria Adventure Park in the Indian city of Ahmedabad at the moment its main aim cracks (top, courtesy of YouTube) and ride carousel after the incident (below, courtesy of Twitter).