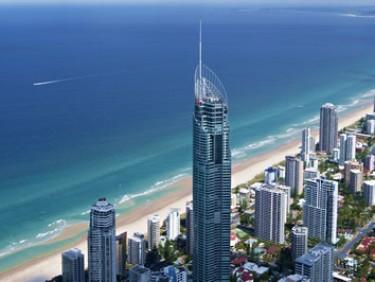 The Tourism & Transport Forum Australia (TTF) has released a seven point action plan for the Queensland Government to grow the State’s visitor economy and provide more jobs and economic activity.

Victoria’s international visitor expenditure has also jumped a whopping 30% to $6.52 billion compared to Queensland’s $4.93 billion (up 19%).

1. Lock in Tourism and Events Queensland future funding to at least CPI to ensure that it can remain competitive with NSW and Victoria.

3. Ensure the economic opportunities from hosting the Commonwealth Games are not lost, by developing a strong marketing campaign both before and, importantly, after the Games.

4. Fast track the development of new cruise facilities at the mouth of the Brisbane River and develop a sustainable plan for a stopover cruise ship facility on the Gold Coast.

5. Support new tourist precincts in Queensland, such as the Kurilpa Riverfront Renewal Project, and provide a strategy to support upcoming and future precincts such as City Reach in Brisbane. The Gold Coast Cultural Precinct and the Townsville City Waterfront renewal projects are important cultural and tourism hubs and should be supported.

6. Secure Federal Government funding for Cross River Rail through the fast tracking of a business case to Infrastructure Australia for assessment. The Gold Coast light rail should be extended to the airport.

7. Build on the iBeacon roll out by further improving tourist signage and associated visitor infrastructure on roads throughout Queensland’s national parks including Springbrook and the Gold Coast hinterland and expand Wi-Fi accessibility. 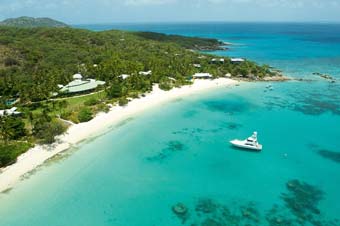 TTF Chief Executive Margy Osmond stated “Queensland has so much to offer international visitors but it’s a cut-throat competition with other Australian States and international neighbours who understand the value of investing in their visitor economies.

“When you think Queensland, you think tourism – sunshine, beaches, surf, theme parks, shopping and the natural attractions right up and down the coast from Cape York to the Gold Coast – but the numbers are confirming that Queensland is losing its advantage.

“Queensland can take back its previous spot on the podium if it’s prepared to invest in a bold strategy to grow its visitor economy and attract more high-spending international visitors to experience the wonder and beauty of Australia’s Sunshine State.

“Tourism Minister Kate Jones has been doing a fantastic job spearheading a renewed push to grow Queensland visitor economy and the development of a dedicated Tourism & Transport Strategy for the State has been a way to crystallise what further action needs to be taken. A whole of Government approach is definitely the way forward to really get the visitor economy in gear.

“TTF’s seven point action plan is a common sense approach to turbo-charging the Queensland visitor economy which will generate billions in economic activity and create thousands of jobs, which is just what the doctor ordered for the State’s transitioning economy.

“Investing in stronger marketing campaigns, attracting more events, taking full advantage of the Commonwealth Games both before, and critically, after the event, providing infrastructure for the growing cruise industry, supporting exciting renewal opportunities that attract visitors, securing Federal Government support for public transport, and improving tourist signage are areas that need the attention of the Queensland Government.“

TTF’s seven point action plan is supported by a comprehensive budget submission to the Queensland Government.