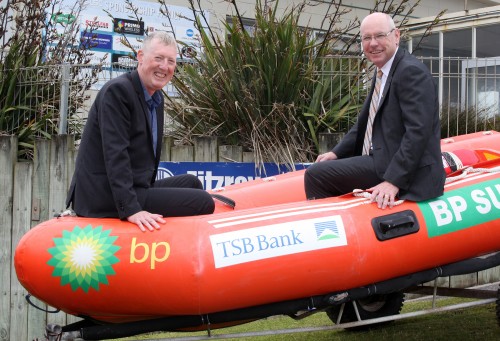 Surf Life Saving New Zealand, together with TSB Bank, has announced a three year agreement which will see TSB supporting the national body and its 74 clubs nationwide.

The partnership is described as a “natural fit for the two organisations” whose values are closely aligned by putting people first – protecting individuals’ and families’ futures.

“We were seeking a partnership with a like-minded organisation that would resonate strongly with our employees, customers and communities. Surf Life Saving New Zealand delivers on this expectation and we look forward to building our relationship with communities around the country.”

TSB Bank branding will be present on Surf Life Saving properties such as the “swim between the flag” bases, lifeguard uniform, beach condition signs and the Bank will be the naming rights sponsor of the national surf lifesaving championships.

Surf Life Saving New Zealand Chief Executive Paul Dalton says coming from a strong surf lifesaving community in Taranaki, TSB Bank has a great understanding of what the organisation is truly about.

Dalton added “there is a great brand alignment for us and we’re delighted to partner with another organisation that is all about looking after people and being there for Kiwis.”