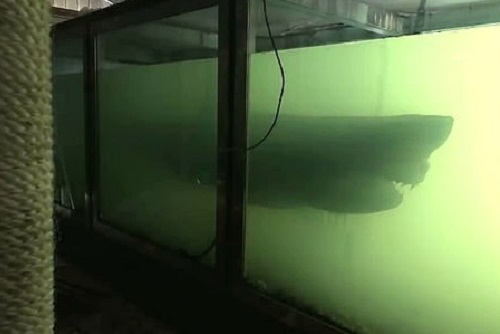 The carcass of a great white shark has been discovered floating in a tank of green and murky water at a derelict former wildlife park in Victoria.

A video taken by trespassers on the site of the former Wildlife Wonderland attraction and posted on YouTube has gained over 9.5 million views since it was posted in November.

Amid overgrown and abandoned buildings, which are often occupied by squatters and rough sleepers, the preserved five-metre great white shark can be seen floating in a tank of formaldehyde preservative.

The shark was found dead in 1998 in tuna finishing nets in South Australia before being moved to the long closed wildlife sanctuary. 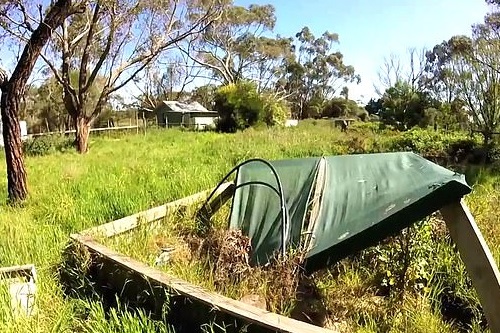 Located inland from Coronet Bay on the eastern shore of Western Port Bay, Wildlife Wonderland Park was forced to close in 2012 due to offences against the Wildlife Act 1975 and the eviction of the operator by the landlord.

The attraction did not have a licence to display native wildlife to the public, and the operator of Wildlife Wonderland voluntarily surrendered all animals to the RSPCA and the Victorian Department of Sustainability.

The trespassers who took the video were confronted with the foul smell of possum faeces upon entering the abandoned property.

They stumbled upon the tank filled with murky green water and were stunned when they realised the mysterious shark was floating inside.

A voice on the video asks “what the hell, can you guys see that? ... that is creepy as.”

Piles of clothing, family pictures, food left in the fridge and furniture such as couches, a mattress and a television set was evidence that squatters had occupied buildings on the site.