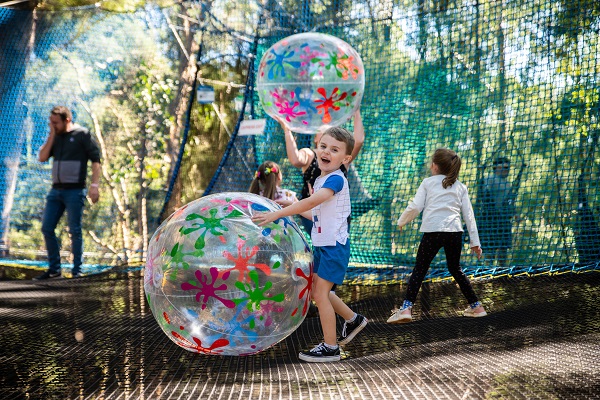 Aerial and adventure innovators TreeTops have opened a new suspended attraction where adventure-lovers and thrill-seekers can bounce, leap and explore among the high trees of the Ourimbah State Forest on the NSW Central Coast.

A dynamic fusion of play, adventure and discovery, NetWorld - which opened yesterday - invites visitors to navigate their way through a mammoth network of netted-trampolines, ball pits and walkways, all suspended five metres high in the canopy of lush bushland.

Complete with seven unique ‘rooms’ and five funky tree houses, NetWorld is the latest impressive milestone in sustainable tree-based adventure where visitors are encouraged to embrace nature in a way that is both sympathetic to the environment and a boost for wellness.

The unveiling of the free-roam, all-age net park aligns perfectly with this years’ World Health Day and follows on from recent data from the Australian Institute of Health and Welfare which found that 63% of Australians aged 18 and over, and more than 28% of children aged five to 17 years are overweight or obese and lack the required physical activity to keep their hearts healthy and their bodies happy. 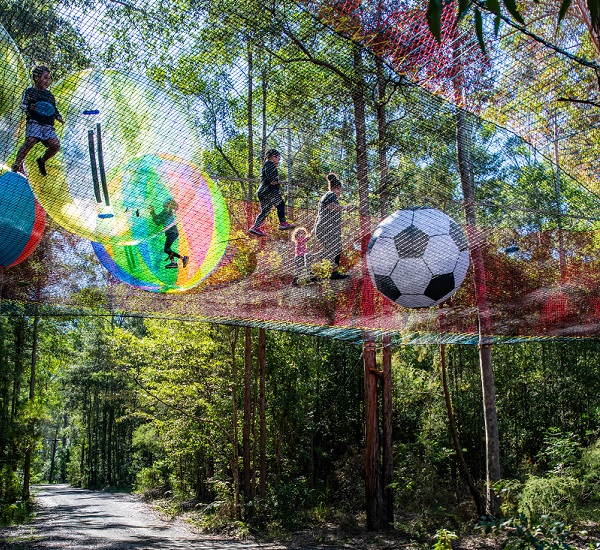 TreeTops General Manager, Sandrine Gaymard, said NetWorld was an initiative that could help encourage Australian families, even the most sedentary, to get out and be active in the great.

Gaymard advised “the nation spent 21.9 billion hours browsing the Internet last year - that’s an average of 876 hours per person, which is more than an entire month lost online.

“NetWorld is a great new attraction that will help encourage Australians to get off the net and into the nets.

“Its beauty is that it disguises physical activity as something fun, exhilarating and never seen before.

“The elasticity and energy that the nets provide means that several muscles throughout the body are activated, forcing visitors to defy gravity, push their limits and reach new strengths in ways they could never imagine.

“NetWorld is jam-packed with adrenaline, and the freeing sensation of flying as you bounce in the nets is what will ultimately drive young Australians to get active again.” 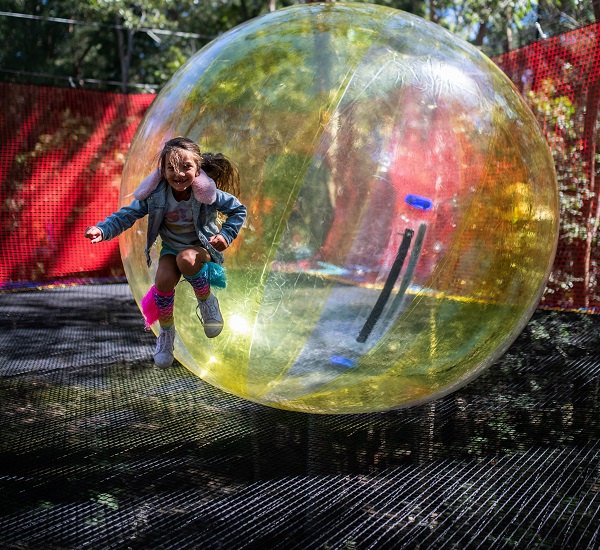 Complete with vertical challenges, a rollercoaster zipline and an adventure park, the addition of NetWorld to TreeTops Central Coast is set to boost the regions’ economy and stimulate new interest.

Already proven a hit in Europe, TreeTops plans to take NetWorld from the Central Coast and duplicate its success among the remaining four tree-based adventure parks across NSW’s eastern seaboard.

Gaymard added “whether it be in France or Norway, Belgium or Spain, aerial adventure parks have established themselves as the new craze in outdoor play and discovery.

“We’re the first to bring this craze to Australia and hope to branch out nation-wide to get Aussies active again - getting them off their bums and into the bush.”

The project was supported by the NSW Government’s tourism and major events agency, Destination NSW, via the 2018 Regional Tourism Fund.

• More than 3,450 metre² of nets were used to build the gigantic tree top playground - enough to cover 13 whole tennis courts.
• NetWorld took nine people and 2,280 hours of hand-sewing to construct.
• Complete with seven rooms, 14 bridges, five tree houses and one climbing cage, NetWorld is a labyrinth that calls for exploration and discovery.
• The biggest room, Chaos Crossing, is 180 metre².
• NetWorld is priced at $18 for all ages for a two-hour session.