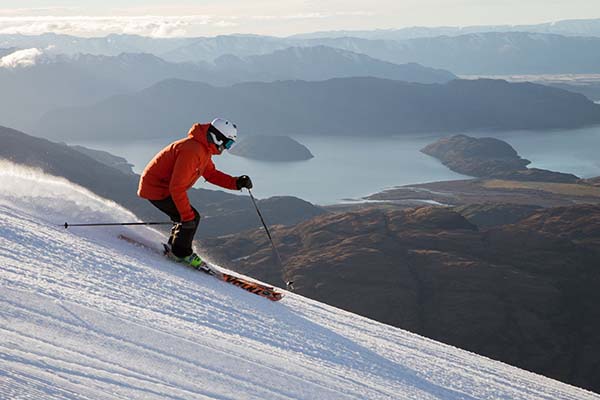 Treble Cone, the largest ski area in New Zealand’s South Island, has introduced its First Tracks product allowing the ski area to be experienced an hour earlier than usual - opening each day at 8am through July and August 2019.

The ski area has been able to introduce First Tracks to the mountain thanks to significant investment in the customer experience in the form of two new Kassbohrer PistenBully 600 winch cats.

The brand-new cats are more powerful yet more efficient and environmentally ‘cleaner’ than ever before, enabling the Treble Cone grooming team to cover more of the mountain each evening and ensure consistent, immaculate groomed runs every morning.

The PistenBully 600 is also setting new standards in sustainability, as the first machine of its type to meet European Stage V emissions control standards.

First Tracks customers will be able to access Treble Cone’s Home Basin via the Home Basin Express from 8am each day, subject to snowfall and avalanche control. The remainder of the resort’s 550 hectares of terrain will continue to open at 9am.

Treble Cone’s General Manager, Toby Arnott says he’s “stoked” to be able to open the mountain early and get people out for First Tracks, advising "early mornings up here are incredible and we’re sure that there’ll be plenty of guests keen to get out and rip, before the regular opening time.

“We changed a number of processes last season to ensure we were consistently open on time, with lifts open as scheduled on 97% of the days we operated. Combined with this new state-of-the-art grooming equipment we’re looking forward to delivering a really special experience with First Tracks.

“Treble Cone is all about wide open space, a lack of crowds and the feeling of freedom that comes from getting in plenty of runs, and getting open early for First Tracks epitomises all those things."