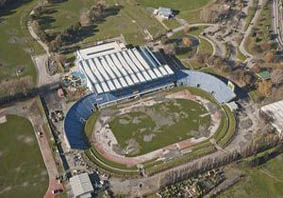 Just five months after suffering from a major earthquake, Christchurch has been embolied in further earthquake tragedy.

It has been reported that the tremor, which hit at 12.51pm local time, has resulted in fatalities.

Temporary shelters for residents have been set up in the City's Hagley Park.

At this stage, Les Mills has reported that its Christchurch and Ferrymead fitness clubs have been closed while it is understood that Council aquatic, fitness and recreation facilities are all closed.

At the end of January, the Council announced a program of repairs at swimming pools damaged during the September earthquake. The QEII Park's Atlantis leisure pool is currently closed as part of this program.

Readers are asked to check back here for further updates.