Trade Minister calls for Aquis development to be fast-tracked 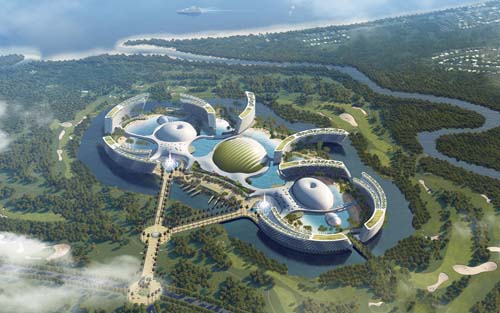 The Cairns Post reports that the development group behind the $8.15 billion project plan to start construction by May next year, pending Queensland Government approval processes.

These involve development application, and a casino agreement, including a gaming licence.

He stated “(this project) can’t be allowed to fall over, and I think everyone who has an interest in this town, in this city, has got to put their weight behind that development.

“There’s going to be enormous benefit – thousands of jobs, and lots of opportunity.

“It will be a magnet for other investment.”

The Minister advised that he had met Aquis Chairman Tony Fung several times to discuss the resort plans for Yorkeys Knob.

Minister Robb told The Cairns Post that the property tycoon had jumped through “endless hoops” to continue to pursue the project, and the current state approval processes needed to be fast-tracked.

He added “this must be accelerated, by whatever means.

“(Aquis has) been through so many environmental and other approvals, and passed muster on all of these.”

Premier Palaszczuk said the Government and community wanted to know what was happening, stating “we know how ­important that project is here for Cairns and the community and the number of jobs that it could create.”

Premier Palaszczuk told Sea FM radio station “the issue is …  that – as with many other proposals around the state – it is up to the proponent as to whether or not they want to take that project further.

“So the ball is in their court at the moment in terms of whether or not they want to proceed.

“We’d also like to hear, and the community would like to know, where they are at with that project.”

The Aquis development group has yet to release a statement on its plans since the election of Queensland’s new Government in February.