Tourism to win at the 2010 Melbourne Cup Carnival 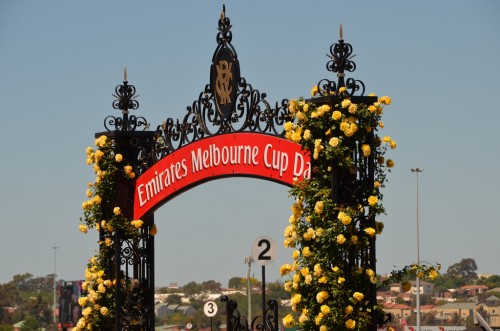 This year’s 150th Melbourne Cup Carnival will be about more than winning and losing, with business information analysts IBISWorld revealing the 2010 carnival will be worth $286.5 million – up 13.1% from last year.

Though much is made of the polished field and fillies (on and off the track) during the Melbourne Cup Carnival, IBISWorld is tipping tourism versus punting or Prada to be the key driver for rising revenues this November.

As Robert Bryant, IBISWorld General Manager (Australia) explains “of the total $286.5 million expected to be spent on the four-day carnival (up 12.6% on 2009 figures), $183.8 million will be spent on tourism including flights, accommodation, and shopping and sightseeing away from the track.

“Bookmakers, betting agents and clothing retailers will be the other big winners, generating a combined $85.5 million in the lead up to and during the Carnival itself. Much of the additional revenue this year will also be the result of higher attendances, with more than 403,000 tipped to turn up this year, compared to 389,000 in 2009 (+3.6%)”.

Tourism spending this Melbourne Cup Carnival will be up 18.6% from 2009 to $183.8 million, according to IBISWorld, with an estimated 83,000 interstate and international visitors set to converge upon Flemington next week.

Bryant said visitors would spend: $19.9 million on flights; $23.9 million on accommodation; $6.2 million in retail stores and $3.3 million on sightseeing away from the track, adding “compared with last year, consumer confidence is buoyant, employment levels are up and corporate spending has bounced back … all of which will boost tourism, both domestic and international.”

More than 116,000 are expected to hit the track for the Melbourne Cup itself, yet Derby Day still draws the largest crowds with pundits predicting a capacity crowd of over 120,000 this year, while the illustrious Oaks Day will draw 88,129, and Stakes Day 80,007.

Bryant added that corporate marquee sales this year were up, with some sought-after hospitality packages sold out months ago.

While the real action takes place at Flemington, the stakes are equally high off track during Spring Carnival, as the racing season brings some welcome relief for women’s fashion retailers.

On top of racewear spending, beauty salons will enjoy the spending splurge, with IBISWorld predicting race-goers will spend $17.2 million on manicures, pedicures, spray tanning, blow-drys, professional make-up, waxing and other beauty treatments ahead of the big week.

Despite an anticipated strong rise in online betting this year, Bryant said the traditional TAB and on-course bookmakers would be the biggest winners from the event, adding “the Carnival draws thousands of novice punters out of the woodwork to lay their one and only bet for the year, and with little industry knowledge many are caught up in the festive spirit and happy to try their luck – despite the odds.”

In addition to its huge significance as a cultural event, the race that stops the nation delivers massive economic stimulus to Victoria, as well as a noticeable lift to the hospitality sector nationwide.

As around 4.4 million Australians stop in their tracks to celebrate on 2nd November, many will attend celebratory lunches, fashion shows, and other Cup related events.

“Economic activity arising from the Melbourne Cup creates thousands of jobs in Victoria each year as a result of increased demand from the retail, hospitality and accommodation sectors,” concluded Bryant.

For more information on these, or any of Australia’s 500 industries, log onto www.ibisworld.com.au