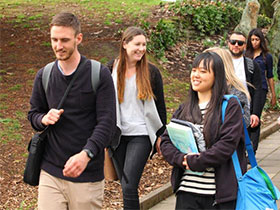 The tertiary education sector can play a greater role in helping the tourism industry achieve its 2025 goals, according to the Tourism Industry Association New Zealand (TIANZ).

TIANZ is welcoming the Productivity Commission’s review of tertiary education models, announced by the New Zealand Government earlier this week.

Commenting on the review, TIANZ Chief Executive Chris Roberts stated “the tertiary education sector is important in attracting the right people to the tourism industry and upskilling them.

“However, there are opportunities for the sector to play a greater role in supporting one of New Zealand’s biggest industries to achieve its Tourism 2025 goal of growing annual tourism revenue to $41 billion.

“Tourism supports one in every eight jobs in New Zealand. Our rapidly growing tourism industry requires many more people with the right skills to deliver outstanding experiences to both international visitors and New Zealanders travelling in their own country.

“We want to work closely with the tertiary sector and the Productivity Commission to identify the best ways to deliver tertiary education and training to tourism and hospitality students that meets the future needs of employers.

“We must ensure that students are getting the right skills and knowledge and that employers are able to access the people they need in their tourism businesses.”

TIANZ is developing a People and Skills Framework for the tourism industry that is due to be publicly released at the TIANZ National Tourism Summit on 19 November.

Among a range of actions, People and Skills 2025 sets an objective for tertiary education providers to work with the tourism industry to identify skill needs and training that support Tourism 2025 goals.

Image courtesy of the University of Waikato.