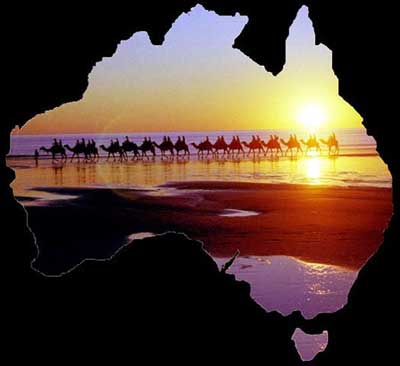 Australian tourism is in a strong position to achieve the industry’s 2020 target of $115 billion in overnight expenditure, according to Tourism Research Australia (TRA).

However, suggesting that “Australia cannot rely on a unique experience tourism brand alone”, the TRA is highlighting that the industry needs to focus on its productivity.

TRA has cited record expenditure of $30 billion (up 7%) by international visitors in 2013/14, and $72 billion (up 3%) by domestic travellers as indicating Australia is on the right track to achieve its 2020 targets.

The result was tempered by sustained above-trend growth in outbound travel (up 6.5% in 2013/14), which continued to provide a threat to the domestic sector – the industry’s core product, according to TRA.

Data cited in TRA’s State of the Industry 2014 report shows a continuation of the trend apparent over the past five years – an increase across both domestic and international sectors to a record $102 billion in total visitor expenditure. http://www.destination-asia.com/

Commenting on the report, TRA acting Assistant General Manager Tim Quinn explains "the challenge for the Australian tourism industry is unlocking its potential and increasing the appeal of holidaying at home to domestic travellers.

“Demand for the Australian tourism experience is influenced by factors such as income, exchange rates, and product satisfaction, and importantly, demand needs to be supported by improvements in supply.”

TRA noted that international tourism showed the most growth in expenditure (up 7.4%) and had climbed above $30 billion for the first time.

Asian markets, led by China, continued to drive international tourism, a trend that is expected to continue.

TRA warned that greater visitor volumes will require increased attention outside of aviation with the move into the second phase of Tourism 2020.

Quinn added "a visitor’s satisfaction is affected by value and quality, prior expectations, and actual experience.

"That satisfaction will influence the likelihood of word-of-mouth referrals, repeat visitation, extended length of stay, increased expenditure, and increased profitability.

“Australia cannot rely on a unique experience tourism brand alone. While the opportunities within the investment pipeline are consistent with the national agenda to develop experiences we must focus on productivity. Productivity is crucial in maintaining Australia’s recognised position as an attractive investment market.

“Increased productivity will not only provide investors with greater returns, but contribute to improved product satisfaction and generate greater real income for households.

“Through increases in hours worked (assisted by part-time employment growth) and capital intensity, labour productivity has improved. TRA expects this trend will continue, confirming that the Australian tourism industry is working within its means to achieve at least the AUD 115 billion lower bound of the potential by 2020.”

“This is particularly important as the ‘Setting the foundations’ phase evolves into ‘Seeing the results’, supporting the stretch toward the $140 billion target."