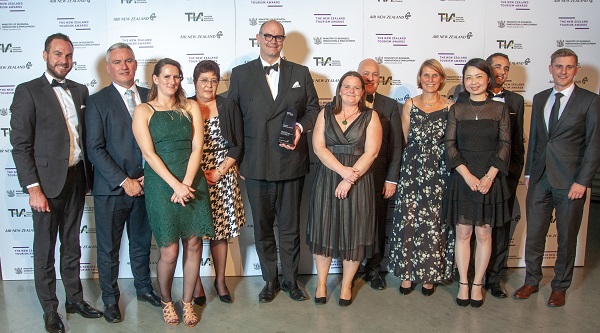 The winners of the New Zealand Tourism Awards were announced at a gala dinner in Christchurch yesterday evening (Thursday 6th September), attended by more than 400 industry leaders and supporters.

The Awards judges said THLl is a global business that can hold its own on the world stage, an amazing success story and exemplar for New Zealand’s tourism industry.

As part of their Air New Zealand Supreme Award prize, THL receives a prize valued at over $20,000, including $10,000 international air travel and a full-page advertisement in Kia Ora magazine.

Air New Zealand Chief Executive Christopher Luxon says the airline is extremely proud to partner with the event once again and to sponsor the Tourism Awards’ Supreme Award for a fourth year. 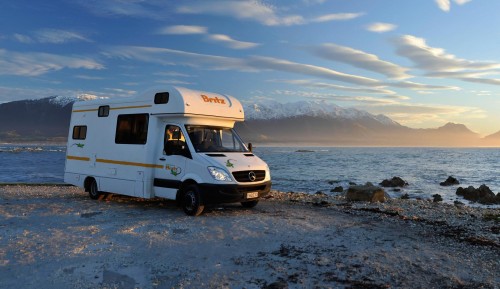 Luxon advised “with tourism the country’s largest export earner, it’s fantastic to be able to celebrate businesses who are providing outstanding and memorable experiences to visitors to our country and also contributing to New Zealand’s reputation overseas.”

Tourism’s most prestigious individual honour, the Horwath HTL Sir Jack Newman Award, went to Kathy Guy, a tourism industry trail-blazer who rose through the ranks from waitress to become one of the first female hotel general managers in New Zealand, successfully leading the Chateau Tongariro Hotel and the Wairakei Resort Taupo.

Chris Roberts, Chief Exexcutive of Awards organiser Tourism Industry Aotearoa (TIA) said this year’s Awards were extremely competitive, a reflection of a thriving industry that is contributing $36 billion to the New Zealand economy and supporting almost 400,000 jobs in communities throughout the country.

Roberts stated “positively, several Award winners are from smaller communities, helping attract visitors to areas off the traditional tourist track. It’s also pleasing to see the focus our business winners are putting on environmental and host community sustainability, as well as financial performance.”

Roberts thanked the Awards Partners, Air New Zealand and the Ministry of Business, Innovation and Employment for their generous support.

MBIE Chief Executive Carolyn Tremain says the Ministry’s tourism policy team works to support the industry to make the biggest contribution it can to New Zealand’s economic success, adding “we are really proud to sponsor the awards and celebrate the achievements of the industry.

“I congratulate all the winners and finalists on their innovative ideas and hard work.”

For more information on the New Zealand Tourism Awards go to www.nztourismawards.org.nz

Images: Members of the THL team with their Air New Zealand Supreme Tourism Award (top, courtesy of Waynne Williams) and one of THL's distinctive Britz recreational vehicles (below).