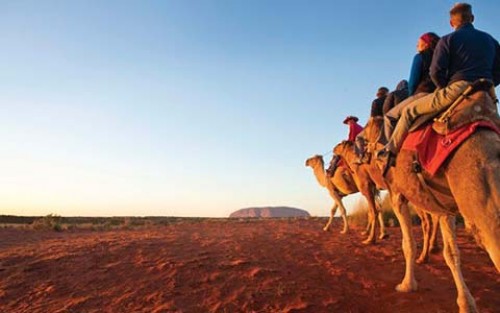 The Tourism & Transport Forum (TTF) has welcomed the Northern Territory Government’s 2017/18 Budget, saying it provided the right investment for tourism to become a “super-growth industry” for the region.

TTF Chief Executive Margy Osmond congratulated the government on recognising that investing in the visitor economy is an effective way to transition from the mining economy.

Osmond stated “TTF has been a vocal advocate of the advantages to the Northern Territory of investing in promoting its visitor economy and we are very pleased to see the NT Government listening to our message and making sound investments in the demand-driving infrastructure that will generate a strong economic return for the Territory.”

The 2017/18 Budget also includes a $20 million investment to revitalise the Alice Springs CBD and a further $50 million to develop a National Indigenous Art Gallery in Alice Springs.

Osmond added “China is on track to overtake New Zealand as our biggest source of visitors some time later this year, and there is enormous potential to market NT as a must-visit destination.

“Good road and transport access is paramount for visitors being able to access many of the Territory’s tourism assets and it is great to see $733.5 million to upgrade roads and transport infrastructure, including $78 million to continue upgrading the Arnhem Highway on the Adelaide River floodplain.”