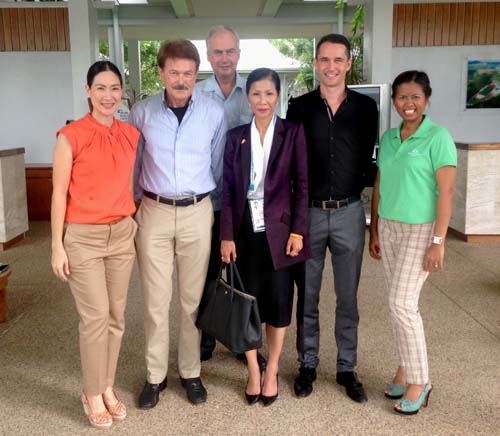 Thailand's Tourism and Sports Minister Kobkarn Suriyasat Wattanavrangkul has joined a long list of prominent identities - including tennis star Maria Sharapova and Formula One ace Jenson Button - who have praised Thanyapura Phuket, saying the leading sports training and wellness facility is "exactly in line" with the preferred marketing model for the destination.

Making the comment while visiting Thanyapura, Minister Wattanavrangkul visited the multi-purpose venue in a year that has seen it land major international awards and host high-profile events and many of the planet's best athletes.

Commenting on the facility, Minister Kobkarn stated "this is exactly in line with how we are looking to promote Phuket, and we are delighted to see the private sector taking a role in positioning the destination for sports tourism."

Minister Kobkarn was hosted at Thanyapura - which boasts a 115-room sports hotel - by the facility's founder Klaus Hebben and its President and Chief Executive Officer Philipp Graf Von Hardenberg.

Graf Von Hardenberg added "I'd like to thank the Minister for her kind words.

“Thanyapura's conception is testament to Phuket's tremendous potential as a sports and health haven.

"In a relatively short period of time Thanyapura has positioned itself as one of Asia's top sports training and health facilities, and we look forward to reinforcing that standing through our unique three-dimensional coaching blueprint that targets the mind, body and soul and aims to optimise the potential of all who visit us here." 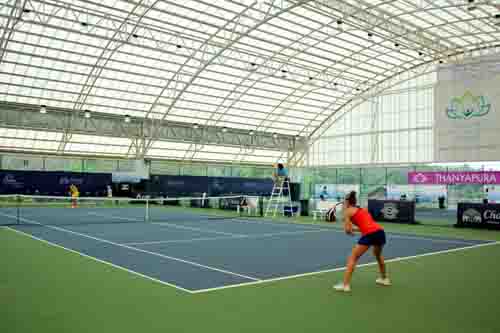 In October, world tennis number two Sharapova prepared for the WTA Finals, on tennis legend Billie Jean King's recommendation, with an intense seven-day training camp at Thanyapura. The five-time Grand Slam winner got a lift from an environment that, for her, "brings the best out of you".

Earlier in the year former world champion Button also did a week-long stint at Thanyapura, tapping its world-class triathlon facilities and coaches to elevate his fitness ahead for the gruelling Malaysian Grand Prix.

Recently, prestigious global tennis management institution Peter Burwash International named Thanyapura its Site of the Year, an award that recognises a PBI partner property that "strives to offer the highest quality in its tennis facilities, service and programmes while also demonstrating care and support for PBI and its professionals".

Prior to that, Thanyapura was named Asia's Best Tennis School 2014 in a survey by readers of TennisResortsOnline.com. Thanyapura also hosted the Davis Cup tie between Thailand and Hong Kong this year.

The state-of-the-art venue has six Plexicushion courts - four of them covered - the same surface used at the Australian Open.

Thanyapura is set on 23 hectares of pristine land. It is located near Phuket International Airport and the island's famed beaches, with its elite coaches augmented by elite sports scientists, medical and health practitioners, physiotherapists and chiropractors.