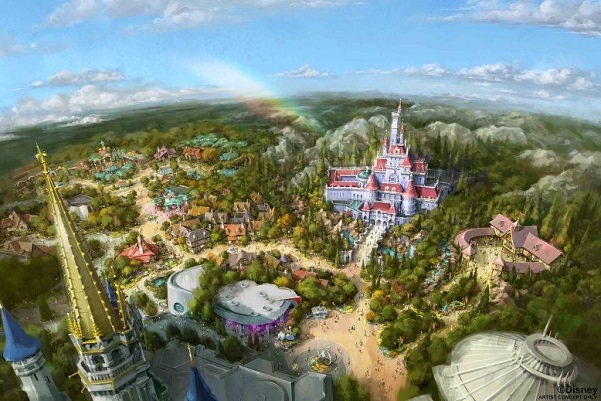 Tokyo Disneyland owner the Oriental Land Co has announced new details on the expansion of its attractions that are set to open as of next year, including the Beauty and the Beast area and ride.

Part of the largest expansion of Tokyo Disneyland since its opening, OLC shared further information about new additions at Fantasyland, Toontown and Tomorrowland, including attractions, theatre entertainment and restaurants.

Fantasyland will also boast the new Fantasyland Forest Theater, while Tomorrowland welcomes The Happy Ride with Baymax, and Toontown gets Minnie’s Style Studio.

Guests travel through various scenes to experience the world of the film, with dishes and cutlery dancing to Lumiere’s singing, and a snow-covered garden.

As for food, La Taverne de Gaston is a counter-service restaurant styled after the tavern in Beauty and the Beast, complete with a large portrait of Gaston above the fireplace. 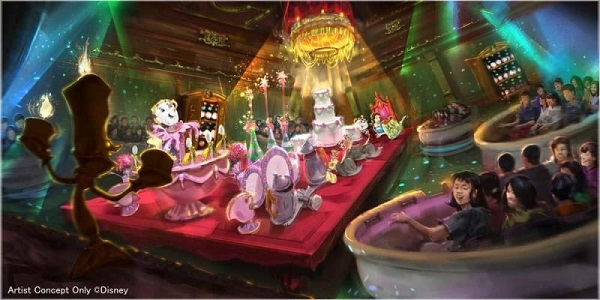 Opening next door to La Taverne de Gaston will be LeFou’s, a small snack shop. In the village, Le Petit Popper is a small popcorn wagon.

Also in Fantasyland, the immersive Fantasyland Forest Theatre is the first indoor theater at Tokyo Disneyland. It will show the musical ‘Mickey’s Magical Music World’.

Tomorrowland’s The Happy Ride with Baymax is the world’s first rotating ride attraction themed to Disney’s Big Hero 6, which was released in Japan as Baymax.

Opening next door is The Big Pop, a space-themed shop specialising in popcorn - the first in the Tokyo Disney Resort dedicated to the snack.

Hanging from the ceiling will be a large popcorn chandelier representing the Big Bang, with a variety of popcorn buckets on offer.

Over in Toontown, Minnie’s Style Studio will be a greeting facility for guests to meet Minnie Mouse in the role of being a world-renowned fashion designer, understood to be modelled on Rei Kawakubo.

Images show artist's impressions of the expanded Tokyo Disneyland (top) and its soon-to-open Beauty and the Beast ride (below).