Time to listen to young people in theatre 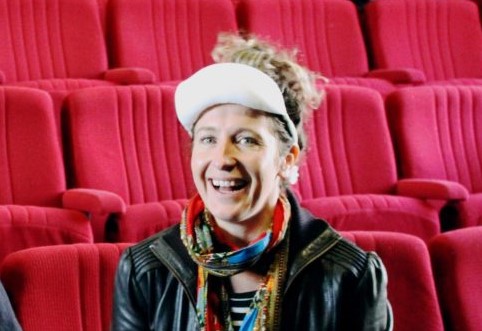 Adults need to listen to children and abandon outdated barriers to their exploration and risk-taking in theatre, according to children's theatre practitioner Sue Giles.

Releasing a Currency House platform paper, Young People and the Arts: An agenda for change, Giles, an internationally respected producer of theatre for young audiences, calls on the performing arts to welcome ideas from young actors and audiences.

Released in a presentation in Melbourne earlier this month, Giles stated “I believe that it is children and young people who can more effectively and imaginatively provide alternative new models in the arts and in society, if we are brave enough to let go of what we know.

“Adults have long-held views on what works are appropriate and yet among all this concern for young people’s creativity, it is not acknowledged as real art.”

She explained "the number of things that children and young people can think of in one second is extraordinary.

"You can throw an idea in, and a million different things will come up – most won't be possible, but something will always come out of it that's a really new perspective."

Giles sees that, too often, young theatregoers meet are met with condescension, adding “people underestimate them all the time – they don't respect them, or think they're incapable of taking responsibility or having an opinion.

"And as a result, we're getting more and more closed. The walls are more and more being built into little enclaves that we don't go past."

As Polyglot this year celebrates its 40th birthday, the theatre for young audiences is collaborating with an Indonesian puppet theatre in a production next month already sold out at the Perth Festival, and then presenting another collaborative work in a Japanese village devastated by the tsunami.

A constant traveller, producer and collaborator, Giles’ distinctive, interactive child-centred work methods have won awards and been the subject of master classes and forums around the world.

The launch of the Currency House platform paper, Young People and the Arts: An agenda for change, was co-hosted by Theatre Network Australia.