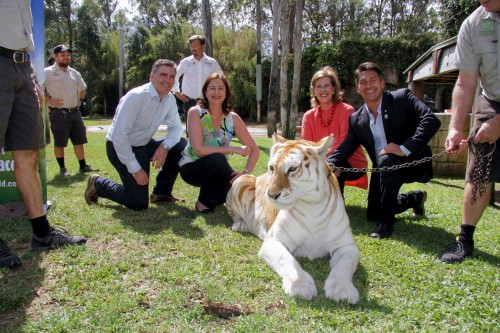 A multi-million dollar redevelopment of Dreamworld’s Tiger Island – including a new stadium and themed shopping and dining outlets – has commenced.

Home to 14 tigers, Dreamworld through the Dreamworld Wildlife Foundation is the largest zoological contributor to tiger conservation worldwide, raising funds through tiger experiences and donations to save wild tigers, now critically endangered.

• Interpretive areas focusing on the Dreamworld Wildlife Foundation and Dreamworld’s tiger conservation partners and initiatives in Sumatra, Russia and Nepal. These areas will help educate guests on the plight of tigers in the wild and how they can contribute to saving wild tigers through the Dreamworld Wildlife Foundation
• World-class tiger exhibits with extended accommodation and amenities
• New and expanded tiger husbandry facilities
• Improved viewing areas including a covered stadium seating 500 people and strategically placed windows enabling guests to safely experience being face-to-face with a tiger
• Splash pools with underwater viewing
• New themed shopping and dining outlets
• Enhanced experience areas where guests can get up close to a tiger
• State-of-the-art audio visual backing for tiger presentations including big screens
• A dedicated undercover corporate events space seating up to 250 people

Breaking ground on the Tiger Island project, Queensland Premier Annastacia Palaszczuk stated that Dreamworld had marked many important milestones during its 34 years as tourist magnet for the Gold Coast and now work on another pace-setting attraction is starting. 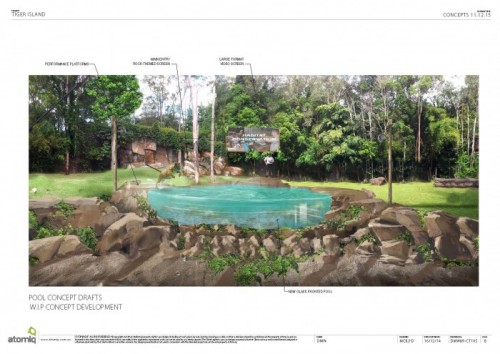 Premier Palaszczuk stated “Dreamworld already has a 1,200 strong workforce during peak times, and is one of the biggest employers on the Gold Coast.

“This new development will create 80 more jobs, underlining Dreamworld’s confidence in Queensland’s economy and in particular, the tourism sector.”

The Premier said the redevelopment of Tiger Island by Dreamworld’s parent company Ardent Leisure is another shot in the arm for Queensland tourism especially in the lead-up to and including the Commonwealth Games.

Thomas said the redevelopment was a significant milestone for Ardent, commenting Ardent Leisure is committed to Queensland and contributes significantly to the economy through tourism, jobs and continued investment in our leisure and health businesses located in this State.

“We are delighted to be celebrating the 21st anniversary of this much-loved Dreamworld attraction by gifting a world-class exhibit to Queensland and a new home to our tigers, thereby creating a unique and compelling new experience for Dreamworld guests. Our aim is to develop a best in class facility to capture the imagination of local, domestic and international tourists, and drive visitation to South East Queensland.

“Since opening in 1995, Tiger Island has been one of the most popular attractions at Dreamworld, and remains an iconic drawcard for Queensland and a leading fundraiser for tiger conservation worldwide. We are heavily committed to a worldwide conservation program to raise awareness and interest in this endangered species through the Dreamworld Wildlife Foundation (DWF) and visitation to Tiger Island.”

“The outcome is a completely new look and feel for Tiger Island enabling our guests to see and learn more about these magnificent creatures, as well as get closer than ever before, encouraging empathy and educating visitors about the plight of tigers in the wild.

“The main splash pool on Tiger Island will be repositioned as a central key feature with a transparent wall so visitors can see the tigers swimming, an activity tigers enjoy and an experience that our guests will love.

“New tiger cub and juvenile areas will cater for our recently expanded tiger family and there will be a special area to showcase two of our Sumatran tigers who are part of the Global Species Management Program (GSMP).”

Durie and his team at Durie Design are an integral part of the Tiger Island project, extending Durie’s existing landscaping and design work with Dreamworld which has included the Dreamworld globe and entry statements plus future areas.

Durie stated “it’s both an honour and a privilege to be a part of not just the design, of the Tiger Island Project that will enable more Australians to experience just how unique and rare these beautiful creatures are, but most importantly, be part of a ground breaking tiger preservation program that enables these extraordinary animals to increase their numbers by supporting their breeding, protection, health and natural habitat.” 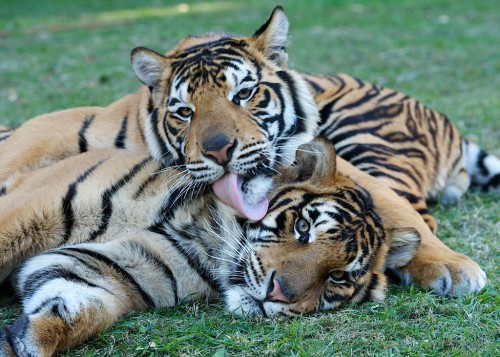 Other project highlights include new dining and shopping experiences with a full working kitchen to cater for corporate events held at Tiger Island. A percentage of funds raised from these events is contributed to tiger conservation through the Dreamworld Wildlife Foundation.

Davidson said Tiger Island’s off-exhibit areas would also be extended with additional roaming areas for tigers within their amenity.

With less than 3,000 left in the wild, tigers are critically endangered. Dreamworld, through the Dreamworld Wildlife Foundation (DWF), is the largest zoological contributor to tiger conservation worldwide.