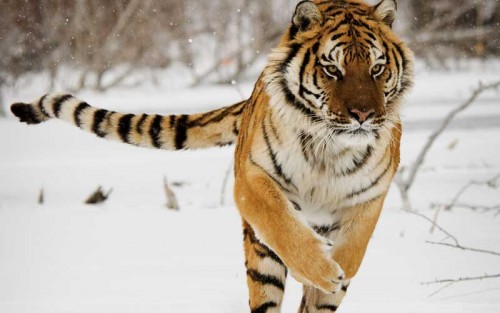 A zoo in north-eastern China has been shut after a spate of Siberian tiger deaths.

China's Forestry Ministry has ordered the zoo in the city of Shenyang to suspend operations and urged the local government to step up a probe into the deaths of 13 of the endangered tigers, the state-run Global Times reported.

Authorities are investigating whether the Shenyang Forest Wildlife Zoo in Liaoning province was harvesting tiger parts to produce ingredients for the lucrative traditional Chinese medicine market, the Beijing News said.

The problems at the zoo have thrown a spotlight in the current Year of the Tiger on the 6,000 captive tigers held in the nation's zoos and breeding farms.

In the 1980s, China set up tiger farms to try to preserve the big cats, intending to release some into the wild, but conservation groups say many farms harvest ingredients for traditional medicine.

The Beijing News quoted an unnamed zoo official saying between 40 and 50 tigers might have died at the privately operated zoo since 2000 and that it was an "open secret" that the zoo was producing tiger-bone liquor.

Tiger parts, such as penises and bones, have long been used in traditional Chinese medicine to increase sexual potency or treat certain illnesses.

Troubles at the zoo first came to light in November last year when two hungry tigers were shot and killed as they mauled a zoo worker, who survived.

Since then, 11 more tigers have died at the financially strapped zoo due to malnutrition and poor conditions, press reports have said.

Large vats of tiger-bone liquor have been produced at the zoo since 2005 and were given to high-level officials of the provincial forestry, parks, and police bureaux, the Beijing News reported.

China banned all trade in tiger bones and related products in 1993, and is a signatory to the Convention on International Trade in Endangered Species (CITES), which also bars such sales.

China is believed to have just 50 to 60 tigers left in the wild, including about 20 Siberian tigers.
AFP

Image shows a Siberian Tiger in the wild. Courtesy of World Wildlife Fund.