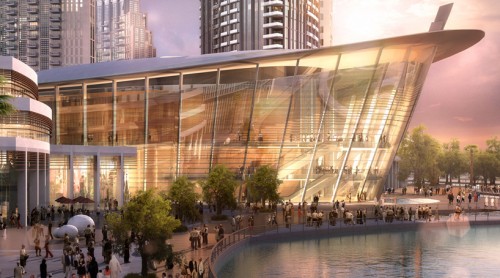 Tickets for the opening performance at the Dubai Opera on 31st August have sold out in less than three hours.

All 2,000 tickets to see singing legend Plácido Domingo were quickly snapped up after going on sale at the end of April, with buyers from more than 20 countries.

Domingo has been at home on the world’s stages for over half a century. More than 4,000 singing and conducting engagements to date have taken him across the globe, from leading opera houses to historic concerts celebrating some of the greatest international events.

Apart from the Spanish tenor's concert, the new performance venue will be offering a lineup of 49 other concerts in its first four months of the operations with a line up that includes The Barber of Seville by Rossini, The Pearl Fishers by Bizet, and the Giselle and Coppelia productions of The Russian State Ballet.

Thereafter it plans a diverse range of performances, with rock and pop acts, – including regular ‘unplugged’ shows from stars such as Eric Clapton and Adele. 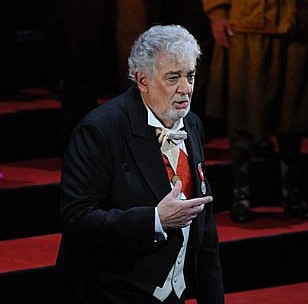 The opening of Dubai Opera is the first in a wave of openings of major cultural venues in the Arabian Gulf, with the Louvre Abu Dhabi and Oman Convention and Exibition Centre also set to open this year and the Guggenheim Abu Dhabi and Zayed National Museum due to open in 2017.

Looking forward to the opening of the venue, Dubai Opera Chief Executive Jasper Hope stated “this is the first venue of its kind and when we put together the inaugural season we didn’t know exactly how popular it would be across the GCC.

"The response on day one of tickets sales has been absolutely overwhelming with bookings being taken from more than 20 countries, from Saudi Arabia to the UK, from Germany to Japan. It is no surprise to me that the opening performance of Dubai Opera with the 'King of Opera' has sold out, with many other shows following closely in his footsteps.

"Sales for the ballet and the opera have exceeded our expectations and with many shows only on stage for one night only, I would urge anyone who wants to come and experience a performance in Dubai Opera to book in advance to avoid any disappointment.”

Hope added that the Dubai Opera aims to deliver profits by offering “something for everybody”, filling the 2,000 seats on a regular basis, although he admitted the tough global economic environment and the competitive range of entertainment options on offer in Dubai meant there was little margin for error.

Hope explained “nobody should ever consider this a dead cert ... it is extremely challenging.

“This is 2016 so there are business imperatives that run through all strands of commercial life. Basically, most things need to live or die by their performance. That is true in an artistic sense and a financial sense.

“You don’t have to be right every single night on every show, but you have to be right nearly all of the time. You have to listen to your audience and if you get the show, artist, program, time of year, ticket price or any other metric wrong then technically you are not at 100% of sales. 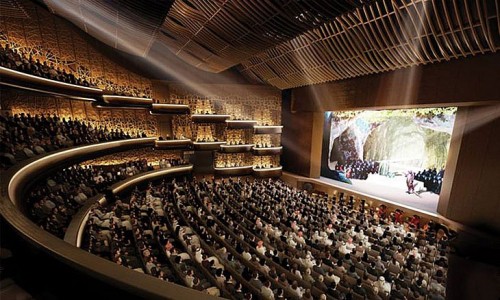 Asked how wide the “any sort of music” umbrella reached for performances at the venue, the former Chief Operating Officer of London’s Royal Albert Hall added “we are talking about rock and pop, and not just of the western variety but Arabic too. I don’t think stadium rock would be appropriate in a space this intimate. But take a stadium act and do it acoustically, then no problem.

“There are many examples in theatre-sized buildings of unplugged sessions by non-classical and non-musical theatre performers. Will we do those? Yes, absolutely no question about it. In a society this diverse and cosmopolitan, you have to give everybody something they want.

“At the Royal Opera House in London, I’ve seen the likes of Elton John, George Michael and Björk play. At the Albert Hall, we did David Gilmour and Morrissey. There is nothing wrong with using a classical venue for amplified sound. Venues are there to be used, not to stand empty.”

Revealing that ticket prices for most shows would range between Dhs 250 to Dhs 950, Hope insisted the cost of visiting the “completely unique in the United Arab Emirates” opera house would be around the same as going out for dinner.

He concluded “not every night is going to be highbrow classical opera that people may or may not be familiar with. With our diverse program, we will spread any potential risk there is. These things are fluid and we all have to fit in with general economic conditions.

“In tough times, people do look more closely at how they spend their disposable income and you obviously need to recognise that. However, if something is truly special but within reach in an affordability sense and your soul can be lifted once in a while by going to a concert or an opera then you will I hope include that in your mix of activities.

“Even if people are watching the pennies, our offering will be attractive. For some, this is not a luxury but very much a part of keeping on top of your life in terms of cultural experiences. You might just do it a little less often but you will still go.”

For more information go to www.dubaiopera.com

Images (from top): The Dubai Opera, Placido Domingo and the Opera House interior.