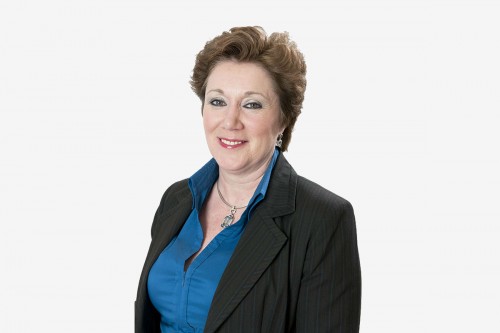 Maria O’Connor, Managing Director of Ticketmaster Australasia, has been named Female CEO of the Year 2017 by CV Magazine.

Originally from Ireland, Maria O'Connor, Managing Director of Ticketmaster Australia and New Zealand, arrived in Australia in 1981 and has worked in the ticketing industry ever since.

She quickly climbed the ranks and has been the Managing Director of Ticketmaster in Australia since the early 1990s (it was then known as Bass). Ticketmaster entered the market in New Zealand in 2005 with O'Connor at the helm.

Linked to her award, O’Connor was interview by CV magazine where she explained her motivations and how she has been successful in her business career.

O’Connor stated “as a business, we’re constantly investing in technology and market-leading innovations that enhance the capabilities of both our clients and customers.

“With that, we commit ourselves to delivering world class service to thousands of clients every day. Ticketmaster sells thousands of tickets for sports, music, performing arts, theatre, comedy and attractions, while offering our clients the very best in retail ticketing services and box office systems solutions.”

“Our business requires a 24-hour day

“Our customers are motivated by passion, so we have to match that same level of passion to service them. I’m very proud to work with a team that display that same, integral passion day in and day out; they are passionate about Ticketmaster and the events that they’re selling.

“We’ve made massive technological advancements, which I think will only become more and more crucial to our business. Customers have endless technology at their fingertips and it’s changed the way retailers operate.

“Ticketless operations will become more and more important as the whole ticket-buying process becomes more seamless and digital. We talk to thousands of customers online each day via social media, which I believe only strengthens the importance of retailer transparency.”

Asked about her experiences as a female in an executive role, O’Connor added “I can honestly say that I have been fortunate enough not to have faced any challenges that come from being a woman working in the corporate environment.

"I am proud to be part of an industry that is extremely accepting and respectful of diversity. After all, these are the things that make people different and that’s something this industry acknowledges in a positive way. Throughout my career I have been helped and mentored by great women and men, which continues to be the case even to this day. I’m also fortunate to work in an industry which includes lots of women in various sectors.”

Ticketmaster Australasia is the local arm of Ticketmaster International, a division of Live Nation Entertainment, the world’s leading event ticketing company, and provides state-of-the-art ticketing, marketing and entry management solutions to a wide variety of venues and events in Australia and New Zealand.

Maria O’Connor is featured as one of the 20 most influential people in Australian leisure management in the latest issue of Australasian Leisure Management.