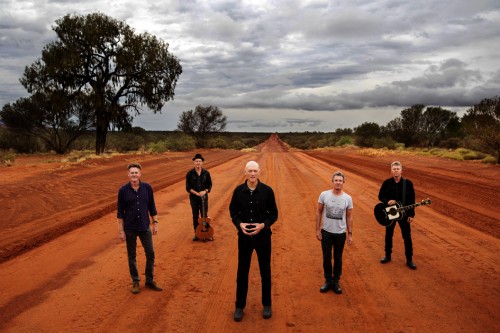 Event sales company Ticketmaster has defended its resale website, which has reportedly being widely used by scalpers to sell inflated-price tickets to a range of music events over the past year including Adele and Justin Bieber's current concerts and Midnight Oil's upcoming reunion tour.

Advocacy group Choice has asked the Australian Consumer and Competition Commission (ACCC) to investigate the Ticketmaster Resale website, alleging it has been used to sell Justin Bieber VIP concert tickets for $2,555 - a 374% mark-up on the original price.

Frontier Touring, the promoter for Midnight Oil's 2017 reunion tour, has also told the ABC it will make a submission to the ACCC about "misleading sales tactics and language" used by some resale sites.

The ABC reported that Midnight Oil fans were upset last week when tickets sold out on Ticketmaster's main site within minutes - only to appear shortly afterward on websites such as Ticketmaster Resale and Viagogo at hugely inflated prices.

Ticketmaster said it was "100% committed to transparency and is continually reviewing its practices and platforms to ensure it is fully compliant with applicable regulations".

The ticketing agency was reported by the ABC as saying “we see ourselves as the leading example of good practice in the ticketing market and will continue to work to provide customers with fair and transparent pricing structures.

"If instances of non-compliance by sellers are highlighted to us we take appropriate action to ensure the sellers address those issues."

Choice has also lodged a complaint against the Swiss-owned Viagogo site.

Midnight Oil alleges the "vast majority" of tickets to the band's concerts in Sydney and Melbourne had been taken by scalpers, who listed them for resale on the websites.

The former Federal Labor minister said caps should be placed on the premium that could be charged on a concert ticket when it was resold.

He also called for a ban on ticket-buying ‘bots’ - sophisticated software that can snap up hundreds of tickets the moment they go on sale.

He added that the ACCC and relevant departments should "enforce the Trade Practices Act et al to stop ViaGoGo's deceptive and misleading conduct.”

Ticketmaster said its Resale site was a "safe and secure" marketplace where fans could buy and resell tickets, backed by a guarantee.

It said sellers were responsible for setting the prices they wanted for the tickets they sold.

The ABC reported that the problem has got worse over the past year - to the point that venues are putting on extra staff to deal with angry fans who have been turned away from events with fake tickets bought online.

The site Viagogo advertises itself as an official seller - and said it offers consumer protection.

Choice Head of Media and Communications Tom Godfrey said both claims were questionable at best.

Godfrey told the ABC “we've caught out Viagogo advertising one price and then dripping in unavoidable fees and charges at the checkout. Which means you can't redeem the advertised price.

“It's illegal and it needs to be stamped out."

Different Australian states have different scalping laws, with Queensland's laws arguably the strongest as both buyers and sellers of scalped tickets can face fines.

However, the laws only apply to Stadiums Queensland venues.

NSW prohibits scalping around the SCG, the Sydney Football Stadium, and the Olympic Precinct, but not online.

In Victoria, it is illegal to sell tickets to the AFL Grand Final for more than face value - but the law does not apply to major music events.