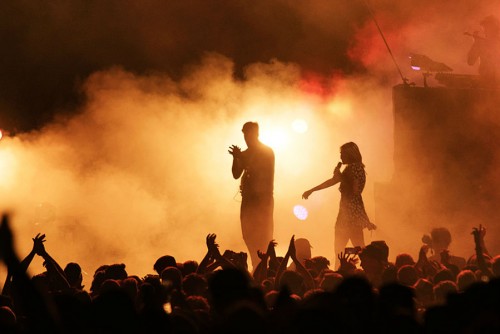 Ticketmaster Australia has advised that it has renewed its exclusive ticketing provider partnership for all events held at Brisbane’s popular Riverstage venue.

The renewal follows many new advancements at Ticketmaster which the company explain “will undoubtedly only add to what the partnership can and will achieve.”

Commenting on the renewal, Live Nation Asia Pacific Vice President Luke Hede stated “Live Nation is thrilled to see the renewal of the Riverstage partnership for another term.

“It is a credit to Ticketmaster’s industry-leading technology and service that we can continue to benefit from this partnership, and ensure that our fans receive the best possible concert experiences from the time they purchase a ticket to the time they hear the final song.”

Warwick Langworthy, General Manager Client Services at Ticketmaster, added “as an iconic venue within the Brisbane music scene, Ticketmaster is delighted to continue our long-standing relationship with Brisance City Council and Riverstage.

“We are committed to delivering the very best, industry-first capabilities for both fans and clients."

Riverstage will benefit - along with all Ticketmaster clients - from Ticketmaster One Analytics and our all-new Ticker app, to significantly improve reporting.

In addition, the venue will have access to dynamic pricing functionality through Ticketmaster One Client Hub and another new app in Ticketmaster Experience.