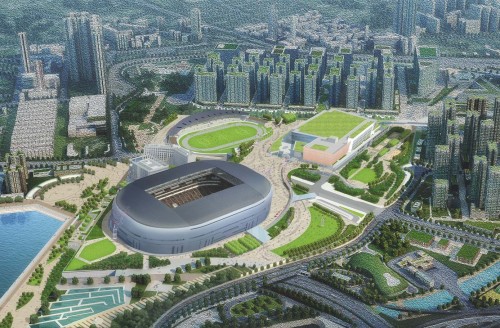 As reported by the South China Morning Post, the three bids - two from mainland China and a Hong Kong subsidiary of a French company - how have six months to design the project, with the winner expected to start work in the middle of next year.

Three other bids were rejected.

The sports park, a 28-hectare site where the city’s Kai Tak airport used to be, will have a 50,000-seat multipurpose stadium with a retractable roof, a 10,000-seat indoor arena and a 5,000-seat community sports ground, plus shopping and dining areas.

Another of the bidding consortia, Hong Kong-based New World Development, enjoys the advantage of already operating the Hong Kong Convention and Exhibition Centre, through NWS Holdings. 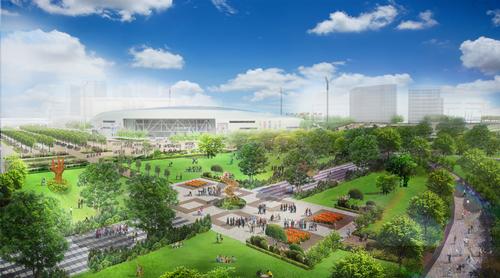 The third contender is Dragages Hong Kong, a subsidiary of French giant Bouygues Construction. It is the parent of a management company that runs AsiaWorld-Expo, the city’s other major convention and exhibition venue, on Lantau Island.

Under the plan, the Hong Kong Government will cover the building costs for the winning bidder, which will need to bear the operating costs and share a percentage of its income from the site with the government. An operations consultant projected that the operator could make a net profit of HK$51 million in its first year of operation and HK$291 million five years later.

The two runners-up will be compensated HK$60 million each, an arrangement which has been criticised in the Hong Kong Legislative Council.

According to Hong Kong Government tender documents, eligible bidders should have experience of completing at least one building contract worth no less than HK$1 billion, and experience running a large stadium or arena for three years or more.

The Hong Kong Government aims that the project will be completed before it’s term ends in 2022.