Thousands celebrate NAIDOC in the centre of Sydney 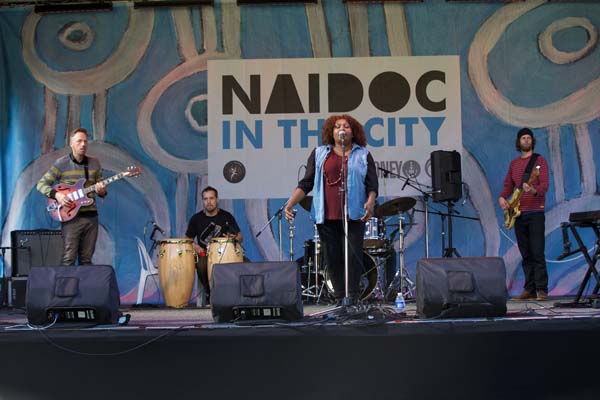 Now in its fourth year, the City of Sydney event featured a range of family-friendly activities and performances, including live music, dance, food, art and Australian animals.

Lord Mayor Clover Moore said the day was an opportunity to recognise and celebrate Aboriginal and Torres Strait Islander culture, stating “we are proud to live in a country that is home to the world’s oldest continuing living culture.

“This event is a chance for everyone to experience some of that rich and vibrant culture through dance, art and food.”

Entertainment was focussed on the main stage with some exciting original music acts, as well as in the traditional dance circle and dedicated kids’ zone. There was a marketplace with arts and crafts, food stalls and information stands.

Redfern legend and South Sydney’s top try-scorer, Nathan Merritt, inspired children to be active and healthy with a free running and ball-skills workshop. 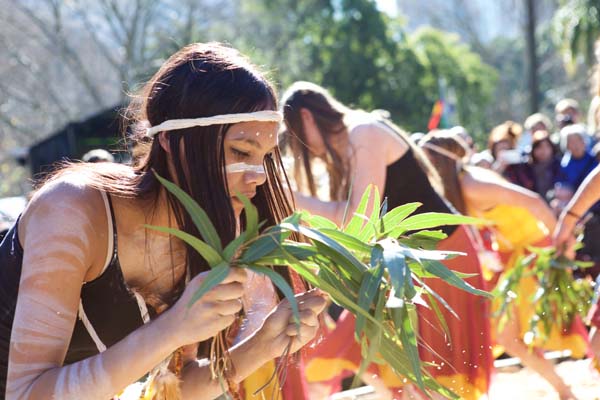 These were served as condiments alongside marinated meats and vegetables cooked in two earth ovens created in the ground at Hyde Park, and given to all attendees to taste for free.

On the main stage was some awesome roots and indie-pop by Sydney four-piece Pirra, led by Jess Beck on keyboard and vocals.

Live music performances stretched from hip-hop to soul and pop, and included guitarist Marcus Corowa and Emma Donovan & The Putbacks.

NAIDOC Week, from 5th to 12th July, is a national program that celebrates the National Aborigines and Islanders Day Observance Committee, which grew from the first political groups seeking rights for Aboriginal and Torres Strait Island Australians in the 1920s.