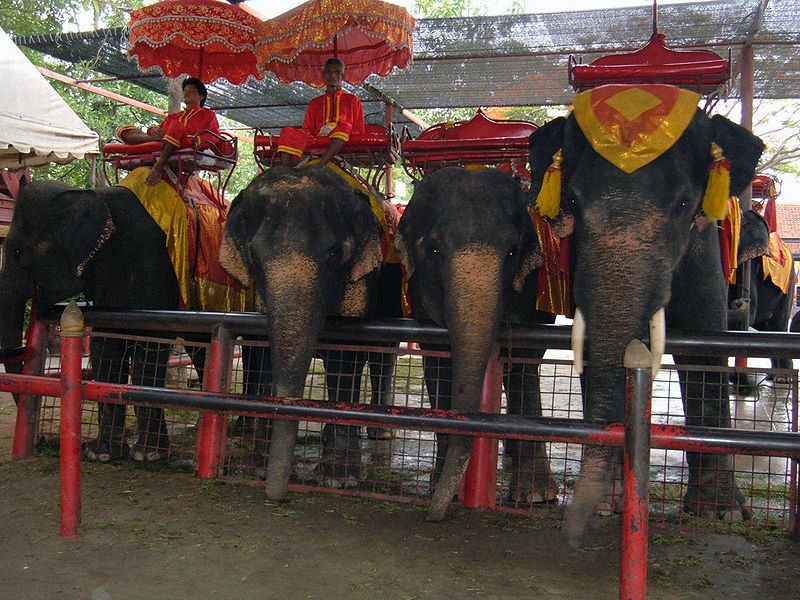 Global animal welfare charity, World Animal Protection, used World Animal Day on Sunday 4th October, to urge travel companies around the world to sign its ‘elephant-friendly tourist pledge’ in an effort to stop elephant rides and end the cruelty of the industry.

The Thomas Cook Group, who highlight on their website that they “care deeply about animal welfare” still sell tours to a number of locations in Thailand, India and Zimbabwe that promote animal abuses.

World Animal Protection explain that “while elephant rides are a popular tourist activity, behind the scenes they cause huge suffering for the animals.

“Taken from their mothers when young, they are isolated, starved and beaten until their spirits are broken in a barbaric training method known as ‘the crush’.

“These baby elephants often suffer from bloody wounds inflicted during these beatings. The trauma they endure stays with them throughout their lives, and can leave them suffering from post-traumatic stress disorder.”

Kate Nustedt, Director of Wildlife at World Animal Protection states “we are shocked that a house-hold name like Thomas Cook is behind the curve on animal welfare and appears unwilling to end the promotion of cruel elephant rides in all its markets.

“Thomas Cook is the oldest and best known name in travel dating back to 1841. Over 22 million customers choose to travel with them each year, with sales of over £8.5bn, demonstrating the importance they could play in stopping the promotion of elephant rides.

“We’d welcome the chance to work with Thomas Cook on solutions that not only put a stop to cruel elephant rides and shows, but also ensure that tourists can enjoy seeing elephants in the wild.”

World Animal Protection launched its campaign Wildlife - Not Entertainers in August 2015, and over 70,000 people have already joined the movement to protect wild animals and stop them being abused in entertainment. The charity also promoted an animation last month to help bring the plight of elephants in the entertainment industry to life.

Last year World Animal Protection raised the issue of animals in entertainment with The Show Can’t Go On, a special report highlighting five of the worst wild animal abuses in the name of entertainment that are taking place across the world today.

For more information go to www.worldanimalprotection.org.au