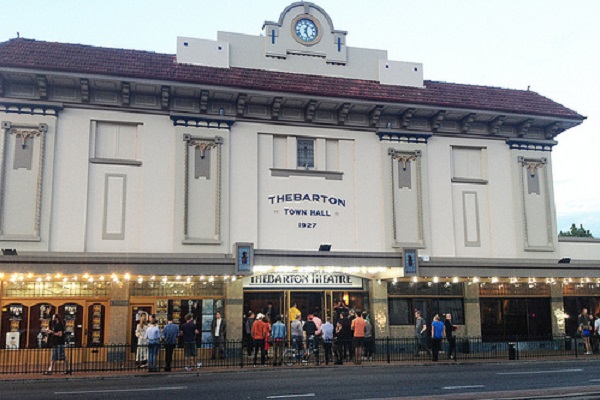 The future of Adelaide’s famous Thebarton Theatre has been cast in doubt following reports that the South Australian Government plans to demolish the landmark venue and other local heritage buildings as part of a scheme to upgrade and widen the city’s South Road.

Following a weekend media report, South Australian acting Transport Minister David Speirs has confirmed that between 600 and 1,000 buildings in Adelaide’s western suburbs could be compulsorily acquired for the "trickiest section" of a planned North-South Corridor road project.

While the design has yet to be finalised, Minister Speirs said a number of significant and heritage-listed buildings were in the mix, telling the ABC "I'm not going to rule anything in or out.

"But I acknowledge there are a lot of people in South Australia who have an affection for that building and others along that route."

The risk to heritage buildings was raised in a NewsCorp article at the weekend, which also pointed out the Queen Of Angels and Holder Memorial churches were among those along the upgrade route, as well as the Maid of Auckland Hotel, two schools and a former Adelaide Electric Supply Company building.

Arguably South Australia's favourite live music venue, Thebarton Theatre was built as a town hall in the late 1920s and was inducted into the SA Music Hall of Fame last year.

When city apartments were given approval to be built near popular venues in the early 2000s, it led to the virtual destruction of Adelaide's East End live music scene. 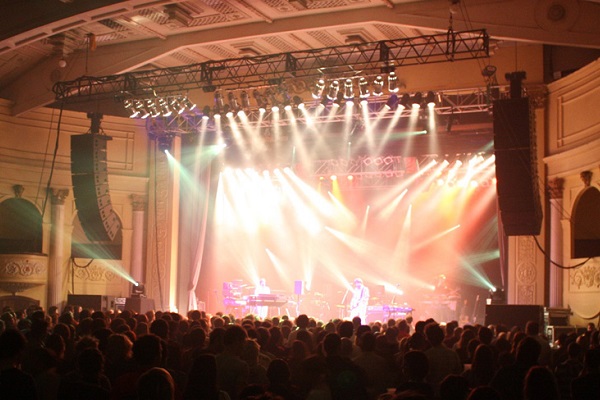 An oversight in liquor licensing laws allowed new residents to make noise complaints that resulted in popular beer gardens being shut down and several venues closed.

When another popular venue, the Governor Hindmarsh, was threatened by new apartments, it prompted a march on Parliament House and helped bring about legislative change.

An online petition, ‘Save Thebarton Theatre From The Bulldozers’, has already attracted thousands of supporters.

SA Best MLC Frank Pangallo warned the South Australian Government that it would face the "wrath of massive public opposition if it dared" to demolish Thebarton Theatre or the Queen Of Angels.

Calling on South Australian Premier Steven Marshall to guarantee the venue's long-term future, he advised “it's one of the last remaining picture theatres of its type in Australia and has undergone extensive renovations to its magnificent interior and ceiling.

"It has entertained countless people in its almost 100-year history from film and theatre to pro wrestling and music."