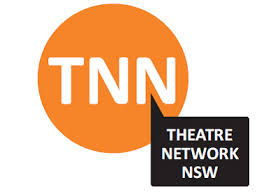 Jane Kreis has been appointed as the inaugural Director of Theatre Network NSW (TNN), the recently established support, networking and advocacy organisation dedicated to the NSW theatre sector.

Launched at the Australian Theatre Forum lastweek, TNN has been created to strengthen and enrich the theatre sector in NSW. Its establishment follows research supported by Arts NSW, which saw the sector surveyed as to whether such an organisation was needed.

Taking on the role of TNN Director, Kreis has an extensive history in theatre and executive management and has been a long-term advocate for a NSW theatre network.

She comes to TNN fresh from five  years as Executive Officer and Regional Arts Development Officer of Arts North West (the Regional Arts Board for the New England area in North Western NSW).

Kreis holds a PhD in sustainable Australian Independent Theatre practices from the University of Wollongong and a Masters in Principles of Performance Presence from Queensland University of Technology and her experience as a theatre practitioner underpins much of her research and the regional theatre development and funding she implemented as a Regional Arts Development Officer.

Commenting on her appointment, Kreis stated “the opportunity to work with the high-calibre Theatre Network NSW committee and the network’s members to advocate and strengthen such a creatively rich sector is very exciting.

“This is a first for NSW and, judging by the impact our sister organisation Theatre Network Victoria has had in Victoria, it is a much-needed opportunity for the NSW theatre sector to claim a stronger voice and identity in such a competitive industry.”

Welcoming Kreis’ appointment, TNN Chair Julieanne Campbell added “we are delighted to have appointed Jane as our inaugural Director.

“She has a range of experiences in all the right areas such as management, strategy, lobbying and communications, as well as an extensive background as a practitioner.

“As such she exemplifies the diversity and flexibility of those who work in the theatre sector.”

TNN aims work in partnership with organisations in NSW and nationally to lead, strengthen and support the professional theatre industry by building capacity in the small-to-medium and independent sectors, and creating and sustaining the networks that ensure vibrant creative collaboration throughout the State, and at all levels of the sector.

TNN will focus heavily on sector consultation early and throughout 2015 to identify needs in the sector, as well as hosting regular events and forums to allow critical art-form and sector issues to be explored in detail.

Kreis will work from a number of TNN-affiliated offices around NSW including bases at Performing Lines in Redfern, the Bankstown and Blacktown Arts Centres and in regional NSW (Grafton). This spread of offices allows the network to truly establish itself as a NSW-centric agency. TNN has secured a director for 2015 with the support of the NSW Government through Arts NSW.

The founding committee of TNN comprises:

For more information go to www.theatrenetworkaustralia.com/new-south-wales/