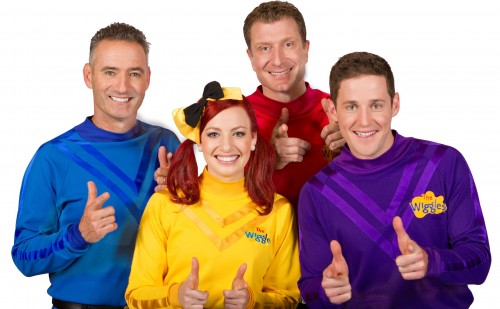 TicketServ Asia Pacific has reported on the success of several of its new sites over the past week in dealing with ticket sales for The Wiggles latest concert tour.

Formed in Sydney in 1991, The Wiggles are the world's most popular children's entertainment group. Having been performing for over 24 years, it's now the case that children who once saw the fab four of fun are now bringing their children to enjoy the best in early childhood entertainment!

Two sites in Victoria, The Frankston Arts Centre in Frankston and The Drum Theatre in Dandenong, both moved in 2015 to the SRO ticketing platform supplied by TicketServ, had major on sales for the tour as of last Monday morning (22nd February).  With high demand and peak traffic hitting sites first up Monday morning, it was great to see the speed and ease with which multiple sold out shows happened at both venues.

“Another two  performances were then added and have been selling consistently.

“It was the first ‘bigonsale’ for our new SRO software, and we are very pleased to report that it all went through without a hitch.”

At the same time that Frankston’s on sale was happening, the Drum Theatre was also offering their shows for sale.

Cheryl Rush, the Drum’s Business Services Coordinator said that there multiple shows also sold out very quickly, allowing them to put extra events up quickly to meet the demand.

Rush explained “sales of this nature can put extreme pressure on web sites, ticketing systems and staff, but the ease with which this all happened is great and we look forward to more of the same with SRO.”

TicketServ’s clients have dealt with a wide range of large on sales in events as wide as The Wiggles, Peppa Pig, Parklife and multiple major events in Malaysia (sometimes in excess of 30,000 tickets sold out in under 10 minutes) with international touring stars, Korean pop bands and more, so we are intimately aware of the pressures these events can bring to web sites, venues, agencies and more.

Ian English, TicketServ’s founder and Managing Director, comments “SRO is a solid and robust product that does a great job of dealing with major volume onsales in a matter of minutes while at the same time providing a fantastic solution that can be used in small to large venues, stadia, agencies and more.

“It makes my life a lot easier to have a product such as SRO.”

TicketServ Asia Pacific is the Asia Pacific representative of the SRO ticketing suite and the iPlanner venue management solution.