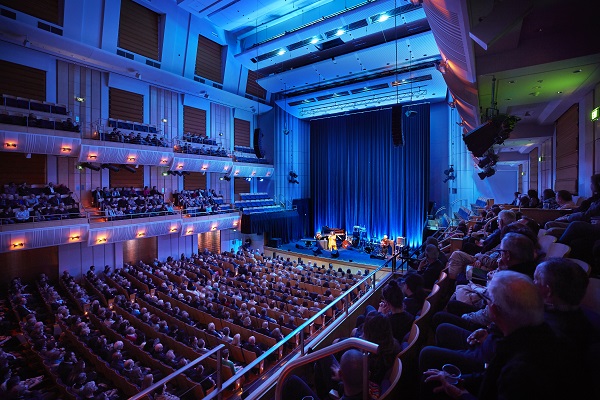 Audio-visual experts The P.A. People have provided an update of their work in upgrading the stage management system at Sydney’s City Recital Hall.

For 20 years, the venue has been a beacon to music lovers, nestled in the laneway precinct in Sydney’s CBD, hosting a rich program of concerts and events, covering a broad range of genres from the contemporary to the classical.

As the venue enters its third decade of operation, time and heavy usage meant that the original stage management system, the essential control centre of every performance, was past its serviceable life and needed to be replaced.

City Recital Hall Technical Services Manager, Andrew Hudson explained “the system was part of the original 20-year-old fit out of the venue and as such had become unreliable and no longer fit for purpose.

“We put out a public tender for its replacement (with a) brief (that) required the successful company to design, supply, program, install, test, and commission a system that, in addition to providing the usual functions such as paging to various backstage and foyer areas, talkback, and cue-lights, also included a large number of bespoke items, such as the ability to monitor stage temperature, be able to operate simple performance audio and lighting, record and playback messaging to foyers and backstage areas and record performance content.

“A new FOH manager’s announcement and audience recall system also fell within the scope of works.”

Their bid was successful, and a team headed by Project Manager Ross Ford rolled up their sleeves and got to work.

Ford explains “we had to enable a lot of functionality that’s not usually included in an SM console.

“The big one was the ‘Basic Mode’ that allows for one-person operation of the venue. This includes control over the work lights and some lighting dimmers, the ability to trigger a pre-set lighting state, and simple volume control over wired and wireless microphones, all via the 10-inch Crestron touch panel fitted into the console.”

The Q-SYS audio DSP has been programmed to record and playback audio messages, including an ‘Acknowledgement of Country’ announcement. Stage managers can pre-record their own announcements and preview them before storage or playback, allowing, for example, their practicing of difficult pronunciations. 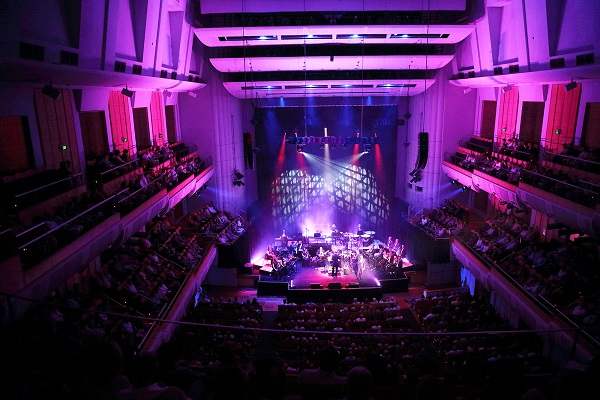 Remote temperature sensors installed around the performance area can now be read from the stage manager’s console, enabling SMs to monitor changes in humidity and the environment that may affect the tuning of instruments. In addition, dual 7-inch monitors allow the SM to see live feeds from a new over-stage camera and the existing conductor-view camera.

The ETC CueSystem is a network-enabled cue light system, whose plug-and-play ‘CueSpider’ outstations can be positioned anywhere in the venue and linked to the nearest network port via a Cat5 cable. This means that it’s not just performers backstage that can be cued on, but FOH staff can be silently signalled to let in latecomers.

Hudson added “the scope of works for the new system was the culmination of consultation with stakeholders, including casual and full time Stage Managers, along with wish-lists from hirers and presenters.

“Although some of the requirements for the new system fell outside of what would be considered normal SMC functions, Ross Ford and his team have been positive and proactive in delivering City Recital Hall’s specific requirements. The integration of the systems with existing services was a challenging requirement given the age and complexity of the existing infrastructure, and the limited original documentation. The P.A. People have delivered a system that will be of service well into the future.”

The main system includes the following: