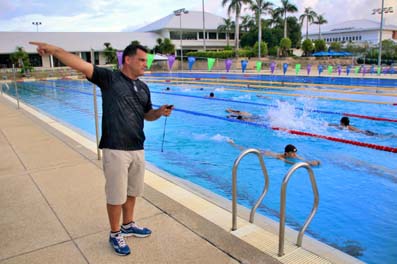 Spaniard Alvarado has more than 20 years experience as a swimming coach having trained at the elite level, steering non-disabled and disabled swimmers to great heights. A national swimming coach in his homeland with the highest qualification, Alvarado has replaced American Randy Simon as Thanyapura’s Aquatic Academy Head Coach.

Throughout his work he has displayed a love of aquatic sport also realised through learn-to-swim programs for novice swimmers. 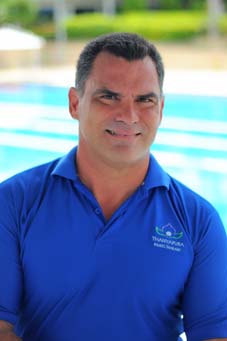 Alvarado (pictured above) studied at the University of Cambridge, where he obtained a Master's degree as a secondary school physical education teacher. He also has a Bachelor of Science degree in applied physiology and kinesiology from the University of Florida.

"Having Miguel at the helm will take our Silverfinz Programme to the next level.

"His expertise and coaching background make him one of the best swimming coaches in Asia. He is a huge addition to the world-class coaching staff that now call Thanyapura home."

Thanyapura has also revitalised its Silverfinz Swim School program to provide a more clear development pathway for children who want to take up swimming as a sport. The program is a fun and exciting way to learn a necessary life skill in a safe and encouraging environment with our expert team of coaches led by Alvarado. The program consists of seven levels for children to aspire towards and is open to everyone on the island.

Upon the completion of the Silverfinz Swim School, children may move into Thanyapura's squads program (silver or gold), to further their swimming experience and begin competing at higher level competitions.