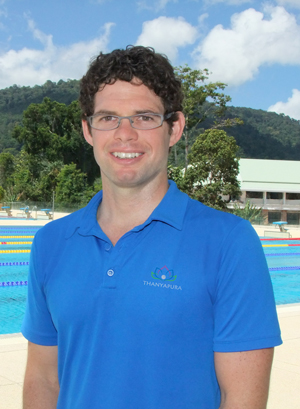 Johns takes up the position of Sports Academy Director of TSLC having come from his position as Head of Swimming at the renowned British International School of Jeddah, where he managed the competitive swim program, regional swimming league, and the development and implementation of a safe swimming curriculum, as well as the pool's facilities and resources.

Johns' sporting, coaching and management skills were also honed during his previous positions as Taiwan National Team Head Coach at the Chinese Taipei Triathlon Association, Aquatics Director at the Taipei American School and Sport Science work with the New Zealand Academy of Sport.

Speaking on his appointment, Johns explained "what really attracted me to working for TSLC is that it is an unrivalled facility everyone can use, from the finest professional and amateur athletes to Phuket residents and tourists.

"I will be able to put my experience to extensive use and I'm excited to be part of the fantastic professional team here and to helping everyone who visits the club to achieve their sporting goals and dreams."

Johns' sporting prowess was groomed in his native New Zealand, where – among other sporting achievements – he was part of the New Zealand Triathlon Team World Championships for four years and gained numerous certificates and qualifications in swimming, triathlon and surf lifesaving coaching.

In addition to a BSc in Sport Science, Johns is currently studying for a MMgt in Sport Business Management.

Thanyapura President Robert Hauck praised his commitment to sport and the science behind it, stating "Craig's attitude and outlook fit seamlessly with TSLC's ethos.

"His first-class experience, profound knowledge, and committed attitude mean he will be an asset to the team at TSLC as it builds up towards the official launch of Thanyapura at the end of this year." 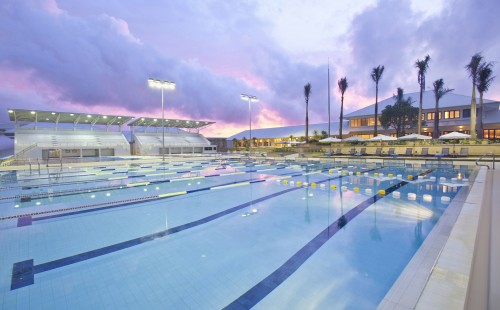 The TSLC megaplex is located on a 23-hectare plot framed by mountains and nature just 15 minutes from Phuket International Airport. It delivers an unrivalled range of academies with competitions, teams and training at all levels and ages, including football, aquatics, tennis, rugby and triathlon academies.

For more information go to www.thanyapura.com/home