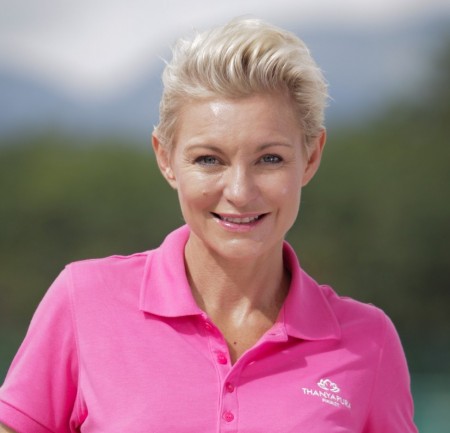 Announcing the appointments, Thanyapura President and Chief Executive Philipp Graf von Hardenberg stated "Belinda is a great acquisition for us, she (has) handled major corporate deals in Australia and is multi-faceted in what she does, while Kaye's been here since 2011 and has been instrumental in our quest to shape and communicate the sweeping vision of health, sporting and educational excellence that comprises the Thanyapura project."

In a career spanning more than 20 years, Gates has proven herself a highly accomplished marketing professional, and she brings considerable experience and energy to the Thanyapura team. She began her career as marketing assistant at Daikyo Australia, a Japanese real estate company that was one of the largest builders of condominiums in the country. There, she was responsible for major corporate deals, implementing plans and setting goals – as well as achieving them.

She then moved to marketing and public relations for an investment group, tasked with building brand awareness while identifying opportunities for growth and areas in which to streamline operations. Ten years later, she branched out on her own , using her contacts and communications skills to venture successfully into property development, restaurants and start-up companies, accruing investments and interests across Australia, Dubai and even Monaco.

Gates joins Thanyapura seeking a new challenge and a change of scene, believing Asia and Thailand to be fertile fields of opportunity and Phuket in particular an island on the cusp of great things.

Promoted from Communications Manager, Kaye Asavathanachart has been part of the Thanyapura team since 2011, utilising her public relations experience and journalistic contacts to help build this unique and multi-layered brand into the success it is today. 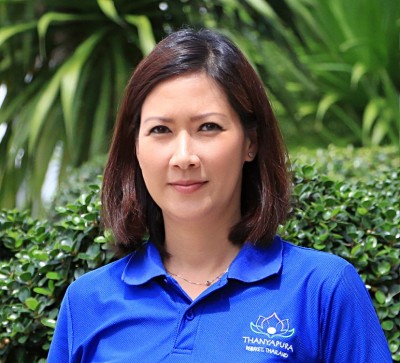 Asavathanachart began her communications career at the Bangkok Post, where she wrote a weekly entertainment column, before leaving the newspaper in 1996 to become Assistant PR Manager and then Manager of Planet Hollywood Bangkok, and then PR Marketing Division Manager of The Emporium, a luxury mall in Central Bangkok and part of The Mall Group.

In 2002, Asavathanachart became an Associate Partner in Bangkok PR firm Public Demand, providing PR and marketing consultancy for a string of major events from product launches, press conferences, and exhibitions.

Following that stint she was appointed Business Development Director for Creative Inhouse Ltd, where she helped drive business development, PR and networking for the branding agency.