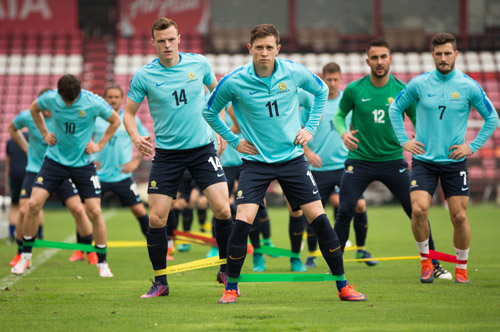 Football Federation Australia (FFA) has been informed by the Asian Football Confederation (AFC) and the Football Association of Thailand that the Thai Government has lifted restrictions on entertainment activities including sporting events from 14th November 2016 following the death of King Bhumibol Adulyadej.

The decision means restrictions on supporters in and around the stadium for the Thailand v Australia 2018 FIFA World Cup Qualifier on 15th November at the Rajamangala National Stadium in Bangkok have been lifted following the completion of the first 30 days of mourning of the King’s death.

The official notification from the Football Association of Thailand and AFC states “all supporters attending the above-mentioned match shall dress in polite manner as they see appropriate, use cheering equipment, show symbols and bring banners inside the stadium, sing cheering songs and appropriately conduct joyful activities both inside and surrounding areas of the stadium.”

FFA supports the decision but also stressed the Socceroos would continue to show the appropriate respect while in Thailand.

FFA Chief Exectuive David Gallop stated “FFA has today been informed that the restrictions on entertainment activities including sporting events have been lifted for the World Cup Qualifier following the completion of the first 30 days of mourning..

“While supporting and respecting the decision, FFA will still continue to show respect following the passing of His Majesty King Bhumibol Adulyadej while in Thailand and asks Socceroos supporters to show the appropriate respect leading up to the match and inside the stadium.

“We have been liaising on a daily basis with the Australian Embassy and the Football Association of Thailand to ensure our players, staff and fans are aware of the sensitive nature of the mourning in Thailand and although these restrictions have been lifted for matchday we will continue with plans to respect the people of Thailand.” 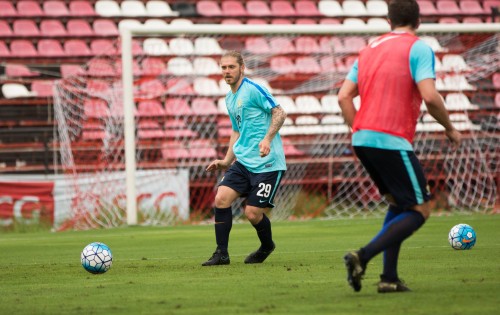 Plans have been put in place for the Socceroos delegation to attend a number of events to pay their respects to the dead King while all travelling members of the Australian delegation have been briefed on the sensitivities.

In addition, a member of the FFA Fan Engagement team will travel to Bangkok to work with Embassy staff to help supporters understand and appreciate the situation.

Gallop added “FFA is committed to ensuring that all members of the Caltex Socceroos delegation are aware of their responsibilities while in Thailand and we will also share information with registered tour groups who will be taking fans to Bangkok for the match.

“We had arranged for a member of our staff to work with Embassy staff on matchday and although the restrictions have been lifted we will continue with that plan.”

The period of mourning for King Bhumibol Adulyadej has seen the cancellation and postponement of a number of events.

Images: Socceroos in training for the game. Courtesy of FFA.