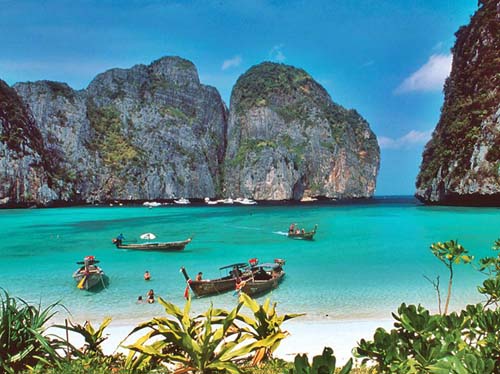 Thailand Government agencies are combining to improve visitor safety with a recent Memorandum of Understanding on tourism protection agreed between the Ministry of Tourism and Sports, Royal Thai Police, Court of Justice and Office of Attorney General.

The MOU aims to remove potential negative experiences for tourists, pledging the agencies to help with problems tourists may encounter during their visit from stolen property to lawsuit court cases.

Initiated by Minister of Tourism and Sports Somsak Pureesrisak the MOU emphasises tourist safety as a priority, with the idea of sustaining tourism and generating tourism income to 2.2 trillion baht (US$70 billion) in 2015.

The MOU is already been put into action in Pattaya, with the establishment of a Tourism Case Division, and will be introduced in other popular tourist destinations including KohSamui, Phuket, Chiang Mai and Bangkok.

Meanwhile, with anti-Government protests continuing in Bangkok, the Australian Department of Foreign Affairs and Trade (DFAT) has warned Australian visitors to the Thai capital that unrest is likely to escalate.

The latest DFAT travel advice stated that "violence, including gunshots" had been reported over the weekend near Ramkhamhaeng University in northern Bangkok and that political demonstrations may continue in the capital and other centres, including Phuket.

DFAT said the country's Internal Security Act, which gives the Thai Government powers to crack down on protests, was in force in Bangkok and surrounding areas.

About 625,000 Australians visited the country in 2012, making it our fourth most popular destination after New Zealand, Indonesia and the USA.

For more information go to www.thailand.net.au