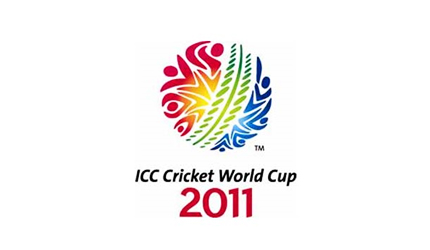 Tonight's Cricket World Cup quarter-final between hosts India and Australia has been flagged as a potential terror target.

An advisory from India's Ministry for Home Affairs sent to state police departments has warned that terror groups al-Qaeda and Lashkar-e-Taiba (the organisation believed responsible for the 2008 Mumbai attacks) might be planning strikes against cricket stadiums, particularly during the final weeks of the tournament.

Based on foreign intelligence reports, the Ministry for Home Affairs this month identified a handful of matches on India's west coast as being most vulnerable to attack, including the final in Mumbai and tonight's quarter-final clash in Ahmedabad. The advisory warned that terrorists from Pakistan might seek to reach India by boat to attack cricket stadiums, stating 'these operatives could be well acquainted with maritime travel to reach their targets in quick time and could be Urdu-speaking from the Punjab province of Pakistan."

Cricketers have been the target of Pakistani terrorists before, the country was dropped as co-host of this World Cup after the Sri Lankan team was attacked by gunmen in Lahore in 2009.

Travel advice from Australia's Department of Foreign Affairs and Trade says there have been several reports of threats made against the Cricket World Cup, stating "we note in particular the high risk of terrorist activity by militant groups in India."

Ahmedabad Police Commissioner Amitabh Pathak said that more than 2,000 police and security personnel would be in place across Ahmedabad for the match, stating "the safety of the teams is secure.

"We have security measures and video surveillance in place from when they arrive at the airport, and on the routes they will travel on the road. At the hotel, the whole floor where they are staying is secured, for the players only and they will be secure on the way to the stadium and during the match."