Temperatures the key at Asian Waterparks in 2014 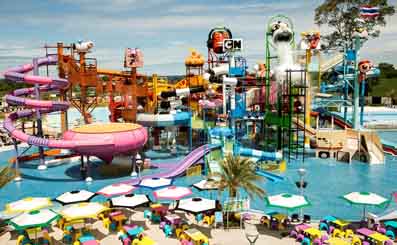 2014 has been described as being behind an “indifferent year” for water park attendance in some parts of Asia.

According to the just released TEA/AECOM Theme Index and Museum Index 2014, “weather and other factors combined to make 2014 an indifferent year for water park attendance in some parts of Asia.

“South Korea’s water parks suffered in particular from the disheartening effects of the MV Sewol ferry disaster in which hundreds of high school students lost their lives.

“Water park attendance in Indonesia was also down due to poor weather.”

The report also shows that attendances at Australia’s Wet’n’Wild Gold Coast, Asia’s fifth most popular waterpark, dipped by 4% in 2014, to 1.2 million visits compared with 1.25 million visits in 2013 while Dreamworld's WhiteWater World recorded a 8.7% rise to 550,000 annual visits.

Commenting on the results, AECOM’s Chris Yoshii and Beth Chang wrote “the Asian water park sector has become significant enough that our top list was expanded from 15 to 20 properties this year.

“As more companies have entered this part of the market in Asia, it was time to expand the study to allow a more consistent comparison with our Top 20 lists in Europe and the Americas.

“And performance in Asia was still high enough that eight of the water parks on our Top 20 global list for water parks in 2014 are in that region.

“Some park numbers were up quite significantly, such as Sunway Lagoon (in Kuala Lumpur, Malaysia), which benefited from strong marketing and a boost from Tourism Malaysia.”

The report also showed that Chimelong water park, Guangzhou, China, the top performing Asian waterpark, produced an attendance surge by heating the water in its pools and attractions, which allowed them to extend the operating season significantly, opening a month earlier and closing a month later.

Looking to the future, Yoshii and Chang expect “continued future growth in this sector, particularly in China.” 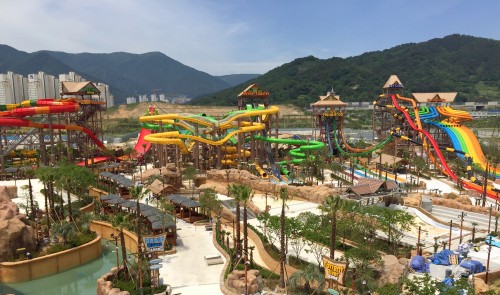 The pair highlight that more than 21 new waterparks opened in China during the last year– a reflection of high interest and smaller investment required compared to building a theme park.

TEA (the Themed Entertainment Association) represents some 8,000 creative specialists, from architects to designers, technical specialists to master planners, scenic fabricators to artists, and builders to feasibility analysts working in some 1,000 firms in 40 different countries.

AECOM is a global provider of professional technical and management support services to a broad range of markets, including transportation, facilities, environmental, energy, water and government. With approximately 45,000 employees around the world, AECOM is a leader in all of the key markets that it serves.