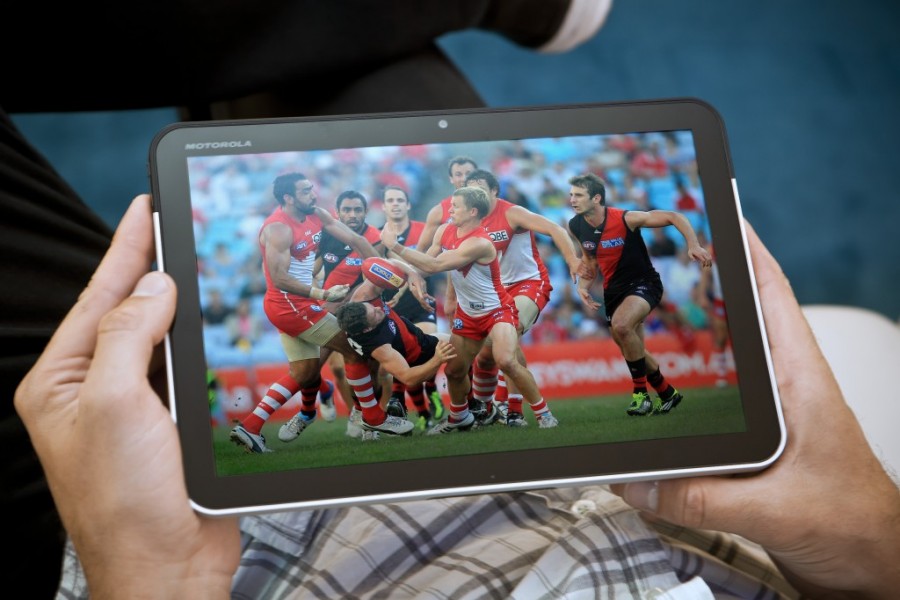 Earlier this year, Optus won a landmark Federal Court case, which allowed it to continue operating its TV Now system, whereby viewers could watch video streams of AFL and NRL matches on their smartphones or computers as close as two minutes behind the live TV broadcast.

This was despite the fact that Telstra already has a deal to screen the live TV broadcast on the internet.

Optus's TV Now system aimed to offer streaming of sports contests with only a minor delay.

At that time, the Federal Court upheld Optus's right to stream the games, rejecting the argument of the AFL, NRL and Telstra that Optus's actions were a breach of copyright.

The court previously ruled that it was the subscriber, not Optus, who actually chose to stream the event and that the action was similar to using a video cassette recorder to copy a television broadcast.

However, the full bench of the Federal Court today overturned the decision, with justices Arthur Emmett, Annabelle Bennett and Paul Finn finding that Optus was responsible for the act of recording and it had therefore breached copyright laws.

Telstra has previously claimed that a decision in favour of Optus could impact on any future exclusive rights deals, stripping the codes of valuable revenue. It has forked out millions in deals with the two codes to stream the games.

Speaking outside court, Telstra spokesman Craig Middleton said the judgment was a great result, not only for Telstra and the two codes, but for players and fans everywhere.

Middleton stated "the judgment is vindication for the sporting bodies and the content providers.

"This provides certainty for the content providers, players, fans and sport in general."

A Telstra statement explained that the judgment ensured the intellectual property rights of content owners would be upheld. It read "it ensures that sports bodies, and Australian content owners more generally, are able to receive a fair return from their property.

"Protecting intellectual property allows rights holders to invest in improving the quality of their content."

Middleton added "what was at stake was the future of content rights for sport. We've invested millions of dollars in online sporting rights. If that investment was devalued, that would have affected sports fans from the grassroots right through to elite sport."

AFL Chief Executive Andrew Demetriou told Melbourne radio station 3AW that he was pleased that "commonsense prevailed", adding "what this means is that Optus must now suspend offering a service in which they didn't pay for.

"It (TV Now) was clearly an inferior product. I've been saying all along it was something that we believe was unethical. It was improper. And we're certainly appreciative of the judges' decision."

In a combatative statement on the AFL BigPond Network, Demetriou warned Optus to be cautious in considering appealing the ruling, stating "they'd have to think very seriously, because one it'd take time, two it's very expensive and three it's a unanimous decision, it was unequivocal."

Optus Head of Corporate and Government Relations, Clare Gill, said the company was "very disappointed by the decision", adding "we will now go away to consider our options, which will include an appeal."

The ruling means that Optus must cease any broadcasts of AFL and NRL matches via its TV Now service.