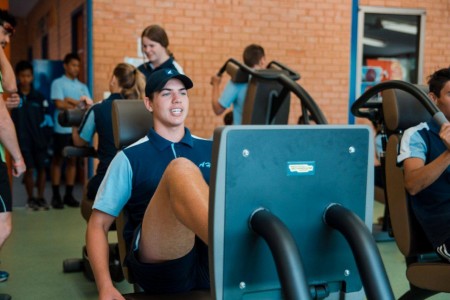 As part of a recent Let’s Move For a Better World Award Ceremony at Ambarvale High School in South Western Sydney, the School became the lucky recipient of a state-of-the-art gym kit offered by Technogym and the Aquafit Health Fitness Wellbeing facility.

The Award Ceremony saw Technogym Australia, Aquafit and Campbelltown Catholic Club present the equipment together to 100 students, a delegation of teachers and Deputy Principal Michelle McKenzie.

As a result, hundreds of students at the Ambarvale High School can now embrace a more active lifestyle.

The presentation came about following Aquafit having earlier this year won the topped the Australian rankings in Technogym's global movement challenge Let's Move for a Better World. 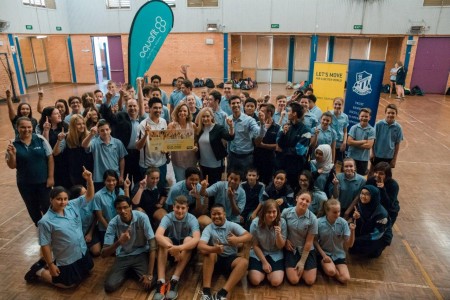 Aquafit General Manager Kristen Green commented “as a result of the effort by all of our members, along with other members of the community (and) Ambarvale High School students as well as an amazing one day effort by Pat Farmer, we not only came first in Australia, but ranked 13th in the world.

“(Because of this) we have been able to formally present the $50,000 prize to the winning school, Ambarvale High School.

“We are proud of this outstanding achievement and we want to thank our members and Campbelltown’s local community; thanks to whom hundreds of students at Ambarvale High School will now benefit and be able to embrace a more active lifestyle.”

The Let’s Move for a Better World Challenge, made possible thanks to Technogym’s mywellness cloud platform, is a worldwide interactive competition created by Technogym that calls upon fitness and leisure facilities to join in and put their members’ training to good use.

During this year’s three week contest a total of 80,000 participants in 17 countries completed more than 315 million MOVEs, burning a total of 140 million calories and losing a staggering 20,000Kg.

Technogym President and founder Nerio Alessandri explained “this campaign is the result of Technogym’s thirty-year long commitment to improving Wellness around the world.

“The campaign is helping to build a more sustainable society and educational platform for the younger generation on the importance of health and wellness.” 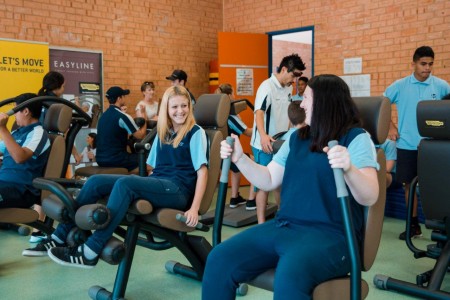 The next Let’s Move For a Better World Award will start 1st March 2016.

Watch this year’s Let’s Move For a Better World Award highlights or to pre-register for the next edition go to www.technogym.com/letsmove

Images show Ambarvale High School students putting the Technogym equipment to use (top and below) and welcoming the equipment (middle).