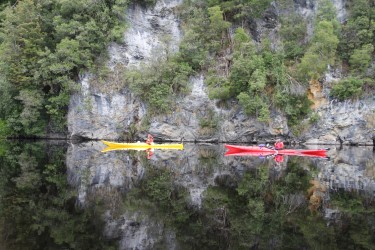 The Tasmanian Government is set to encourage a range of new tourism ventures in previously off-limits areas of Tasmania's World Heritage Area.

A new draft management plan for the World Heritage Area is set to scrap the dominant wilderness zone, replacing it with a natural zone in which small-scale tourism ventures, including basic accommodation and nature-based tourism venture, would be allowed.

The tourism industry has welcomed the plan, while environment groups warned it would damage the state's reputation.

Tasmanian Environment Minister Matthew Groom told the ABC that the State Government was open to ideas to provide better access to the World Heritage Area.

Minister Groom stated "we want to be open to sensible and appropriate tourism and recreational experiences.

"We think it's important while at the same time as protecting cultural and natural values, we do something that allows access and celebrates and shares these extraordinary areas with the world."

However, Wilderness Society spokesman Vica Bayley was critical of the plan.

Tourism Industry Council Tasmania Chief Executive Luke Martin said the current plan for the World Heritage Area was outdated, stating “the key to conservation is allowing people to see them, fall in love with them and want to fight for their preservation.”

"We are particularly keen to make sure that anyone who wants to have a say can do so, which is why we have doubled the minimum statutory consultation period."

A formal public consultation period for the plan will run from 19th January to 22nd March.