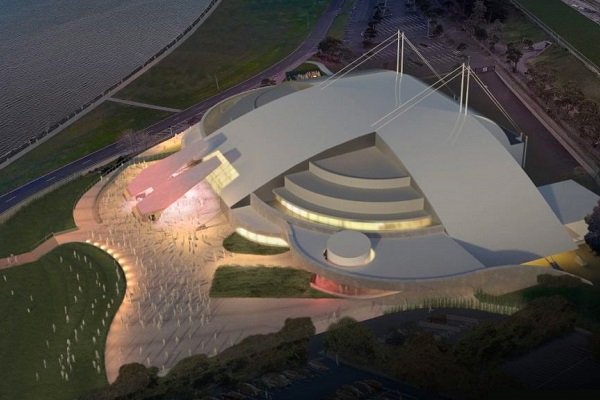 Tasmanian based builder, VOS Construction and Joinery Pty Ltd, has been awarded the contract to undertake the major redevelopment of the Tasmanian Government owned Derwent Entertainment Centre.

“It’s projects like the DEC redevelopment which form part of our plan to rebuild a stronger Tasmania by underpinning confidence and providing a strong pipeline and foundation for economic growth.

“Following the project going to tender the costs of the project have increased from the initial estimates obtained in early 2020 - from $46 million to $66 million. This is due to a range of factors including the specialised nature of a major stadium development, the very tight project timeframes and our buoyant construction market.

“As the building owner, the Government will contribute an additional $15 million to make the Government contribution towards the project $56 million, with the LK Group remaining responsible for any cost overruns.

“Importantly, VOS construction will work around the clock to get this project done.”

Premier Gutwein adds “the Tasmanian Government’s partnership with Larry Kestelman will not only create a home base for a Tasmanian team and create a world-class playing venue, it will also result in a four court community multisport facility, benefitting a range of local sports and communities which is expected to be ready mid-year.

“The Government welcomes the LK Group’s ongoing commitment to the DEC and Larry Kestelman’s assurance that the project will be successfully delivered for Tasmania within the agreed timeline and ready for the 2021-22 NBL season.”