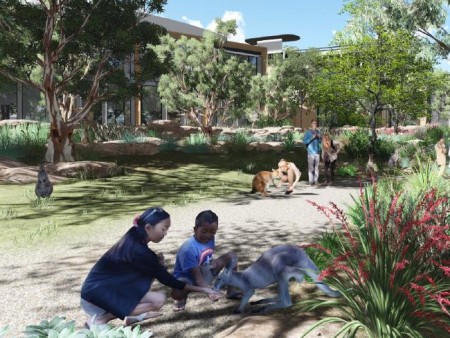 Inspired by the success of the Zoo’s ‘Roar And Snore’ experiences, the planned nature-based tourism development  will feature five luxury pods wrapped around a native wildlife sanctuary that will include wallabies, echidnas, bandicoots, platypus, koalas and freshwater eels. Each pod will range in height from two to four storeys, offering 58 bedrooms and four suites in total.

The development will also include a four-storey kitchen and dining facility, as well as a guest lodge housing a bar and reception area.

Outlined as part of a new masterplan for the Zoo, the Taronga Wildlife Retreat will "deliver a new overnight conservation experience" which will allow visitors "total immersion" within the Australia Habitat section of the zoo.

In addition to the Wildlife Retreat, the plans envisage construction of a kangaroo habitat, aviaries, landscaping, a new walk-through exhibition and other changes to signage and viewing platforms for Australia Habitat. 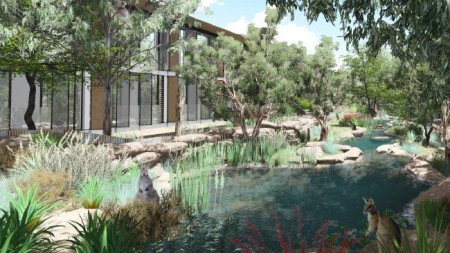 The experience will also see zookeepers, Taronga Zoo guest experience staff and indigenous guides on hand for morning and evening tours while guests will be view nocturnal species such as the potoroo and the bettong from behind their pod windows

Commenting on the development to the Mosman Daily, the Zoo’s Operations Manager of Life Sciences Rodd Stapley explained “a lot of these species are nocturnal (so) we’ll be doing evening encounters, so that’s one of the benefits of being here at night.

“One of the other experiences we’re looking at is a freshwater eel encounter.

“Guests will be able to come of an evening, put gum boots on and feed long-fin eels, which have a lot of significance to this site in terms of their indigenous connections. There’ll be encounters where you’ll sit down in an area and potoroos and bettongs will come out.”

Taronga Zoo Director of Marketing and Fundraising Libby Hodgson said the site would be a mix between a great experience and the zoo’s conservation work.

Hodgson explained that of the Zoo’s current Roar And Snore guests, 48% arrived intending “to make a conscious effort to do things to help conserve the environment”. That number rose to 71% on departure.

As part of the submission to the NSW Government department of Planning and Environment, Taronga Zoo said the resort would be “tucked inside” its prime harbourside site.

The document also says the development’s target market will be international and interstate visitors "looking for a unique nature-based experience close to the city" as well as mid-week corporate events and domestic visitors looking for a "special night or weekend away." 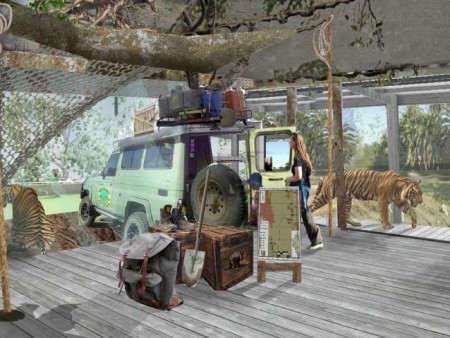 The application has been classed as a state significant development, meaning its fate will be determined by NSW Minister for Planning John Rau. The Zoo envisages that development will be funded internally, with revenues generated used to support conservation programmes for threatened species.

While an environmental impact statement is yet to be conducted, Zoo officials are hoping to start construction in 2017, once full planning approval has been granted.

Taronga Zoo is planning and developing a range of new habitats including a new Sumatran tiger exhibit that will open from mid-2017.

Allowing the Zoo to substantially increase its tiger population, the new area will be about four times larger than the current exhibit, which dates back to 1916.

Images: Artist's impressions of the planned Taronga Wildlife Retreat (top and middle) and the Sumatran tiger exhibit (below).