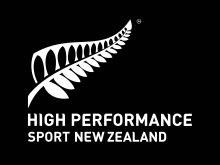 Some of New Zealand's most successful sports will receive increased investment from High Performance Sport New Zealand (HPSNZ) ahead of the Rio Olympic and Paralympic Games, while several specific 2014 campaigns have also been backed in HPSNZ's latest investment announcement.

HPSNZ Chief Executive Alex Baumann says the extra investment caps off a remarkable 2013, which has seen 20 Kiwi athletes or teams stand on the podium at world championships in Olympic disciplines, 12 Paralympic world champions, and many other Kiwi winners on the world stage.

Baumann explained "in 2013, we had nine world champions in Olympic disciplines. That put New Zealand eigth in the world on the gold medal count.

"As well as that, Kiwi athletes won 12 gold medals at Paralympic world championships this year. When you look at these results, and what we achieved last year in London, it's an impressive scorecard.

"There have also been many other incredible performances in 2013 including from athletes such as golfer Lydia Ko, and Andrew Nicholson who is the number one eventing rider in the world, the Black Sox men's softball team who won their world championships this year, and we've seen teams like the Football Ferns draw against or beat top ranked women's football teams.

"These results once again demonstrate that our strategy of targeting sports with the potential to win on the world stage is a successful formula."

From 2014, a further $2.2 million a year will be invested in sports with Baumann stating that there are four themes to the investment "we're targeting more investment at key medal potential sports for 2016, we're providing investment to build sustainability in the high performance system so that we're helping future champions, we're assisting several sports as they build up to the Commonwealth Games, and again we're demonstrating the flexibility in our system by supporting some individuals and specific sport campaigns.

"Additional money will go to build more depth in our top targeted sports. Bike, rowing and yachting will all receive increases to support their high performance programmes."

There is also extra investment for Paralympics New Zealand's high performance programme and for its games delivery in Rio.

In recognition of the increasing strength of its throws programme, extra investment is going to Athletics NZ which will help the organisation recruit a world-class throws coach to bring on the next generation of athletes.

Here Baumann states "the women's rugby sevens team, which has shown excellent form this year, will become a tier three targeted sport and will get an extra $100,000 a year to bring our annual investment in their programme to $900,000."

Investment has been allocated to help bowls, squash, Olympic weightlifting and shooting with their Commonwealth Games campaigns while HPSNZ is also supporting a number of specific campaigns and individual athletes with one or two year funding.

Basketball New Zealand will receive up to $200,000 in 2014 to support the national men's team to a top 16 finish at the World Cup in Spain, and the funding can also be used to cover player insurance, in cases where international players can be released to play for New Zealand.

Baumann explains "we did not support Basketball NZ last year because we did not have confidence that they were tracking towards the Olympic Games in 2020. However, the Tall Blacks have qualified for the World Cup and they have a number of promising young players in their ranks. Our investment will give them a leg up to see what they can do. Basketball NZ presented us with a plan focused on international competition in the lead up to the 2014 World Cup and we are investing in that campaign."

Baumann says that HPSNZ is again supporting some individuals including Lydia Ko, who is steadily building towards Rio, adding "we're talking to New Zealand Golf about the level of support required in 2014 and through to the Olympic Games in 2016. Having Lydia turn professional is great for the sport and we have a role in supporting her through that transition from amateur to professional as she eyes Rio. It's likely over time that Ko's earnings as a professional will mean she no longer needs our financial support, and we're continuing to talk to New Zealand Golf about that. There may be other support we can provide Lydia, such as help from our specialist staff, to assist her through to the Olympics."

Baumann acknowledges that not every sport will be happy as demand for resources outstrips the available budget. However, with the additional $2.2 million, HPSNZ will now be providing $33.7 million a year to national sport organisations to support 13 targeted sports and 18 campaign sports.

Between now and 2016, HPSNZ will invest $133 million into the high performance programmes of the sport organisations it supports and provide another $87 million direct to athletes by way of Performance Enhancement Grants (PEGs), Prime Minister's Scholarships, HPSNZ Athlete Performance Support, and innovation and technology.

Every year, HPSNZ carries out performance reviews of sports to see how they are tracking against agreed key performance indicators. At the end of 2014, at the mid-point in the Olympic cycle, HPSNZ will be re-assessing the targeted sports and investment levels through to Rio to determine whether further adjustments are required.

Earlier in the year, HPSNZ reviewed its investment levels to Snow Sports New Zealand's Winter Performance Programme and provided an extra one-off $115,000 to help with their preparations for the Winter Olympic Games in Sochi in February.