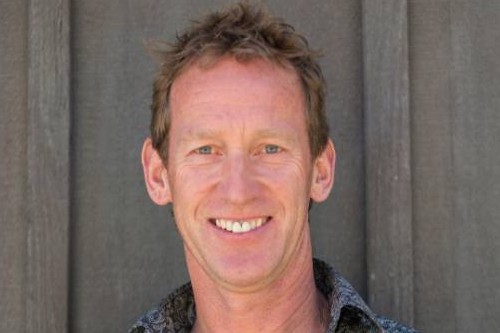 Investment in New Zealand's high performance winter programme is to be targeted at sports with a realistic chance of winning medals at the next two Olympic Winter Games.

That could include ski halfpipe and snowboard slopestyle, two sports the International Olympic Committee (IOC) has said it is looking favourably at including at the 2014 Olympic Winter Games in Sochi in south-western Russia. A decision on this is likely early in 2011.

New Zealander Jossi Wells is the world number one in freeski halfpipe while his brother Byron is also a top performer, ranking 11th overall in 2009/10. New Zealander Shelly Gotlieb is number three in the world in snowboard slopestyle.

New Zealand sport agency SPARC has carried out a review of winter high performance sport in the wake of the 2010 Vancouver Olympic Winter Games to determine the best way to run the Winter Performance Programme (WPP) in the future.

The review says that given New Zealand's limited financial resources, a targeted approach to investment in high performance winter sport is the best use of public funds. This replicates how SPARC currently invests in summer sports.

SPARC's General Manager High Performance Martin Toomey (pictured) says "it's unlikely New Zealand will ever match the financial investment of other countries, so if we're going to succeed internationally we have to do things differently.

"We're taking a long-term strategic approach and so are looking to invest in winter sports where there is the greatest potential for success over time. This means looking at the next two Olympic cycles and beyond."

SPARC already invests in a high performance system for snowboard halfpipe. The review recommends adding freeski halfpipe and snowboard slopestyle, if these disciplines are included in the Olympic Winter Games from 2014.

Athletes from other winter sport disciplines will still be able to access high performance services where they have proven results on the world stage.

Toomey says New Zealand has a natural environment that is suited to snow disciplines, adding "we have good ski fields, half pipes and terrain parks, an established snow sport industry and world-class competition in our backyard with the Winter Games. We also have an emerging pool of talent which we want to support to success."

The review recommends the high performance programme for winter sports, the Winter Performance Programme (WPP), should continue to be run by the New Zealand Academy of Sport with a close relationship formed between the WPP and national sport organisations such as Snow Sports New Zealand.

• Sports organisations, athletes, the New Zealand Academy of Sport South Island, and organisers of the Winter Games work together on a shared vision for success in winter sports.
• Work be done to align the criteria for eligibility for the WPP with the New Zealand Olympic Committee (NZOC) selection criteria for the Olympic Winter Games.
• More emphasis be placed on individual performance planning for athletes to determine what is required to achieve success on the world stage.
• That there needs to be world class support in medical services, and strength and conditioning for winter sport athletes.

SPARC's investment in the WPP is made through the annual contestable round of project-based high performance investment. Decisions about this investment will be made in December.

From 2006 to 2010, SPARC's total investment into winter sport was $2,947,968. This included programme investment, money for Prime Minister's Coach Scholarships, and $75,000 high performance investment made to Snow Sports New Zealand for snowboard slopestyle.