Organisers of Australian short film festival Tropfest have announced it will be held in Parramatta in western Sydney for the next three years.

The largest short film festival in the world will be relocating to Parramatta Park, with the inaugural event to take place in February 2017.

The festival, which is entering its 25th year, began at the Tropicana Cafe in Darlinghurst and has most recently been screened in Sydney's Centennial Park.

After financial troubles prior to the last Tropfest, event founder John Polson said the decision to relocate came after looking to international festivals such as Cannes and Sundance for inspiration.

He explained "moving Tropfest to Parramatta also puts us in the geographical heart of Sydney, which is the perfect place for the world's most exciting and accessible film event.

"The City of Parramatta hand Parramatta Park Trust have already demonstrated they are 100% behind us, helping us ensure Tropfest at Parramatta is a success."

Film director and Tropfest board member George Miller AO said the move provided a chance to share the festival with a different audience.

Miller stated “this opportunity to bring the dynamic world of filmmaking to a wider audience is extremely positive.

"Tropfest offers anyone aspiring to make movies the chance to show their work to 100,000-plus people, to go to international film festivals and open doors to a career here and around the globe." 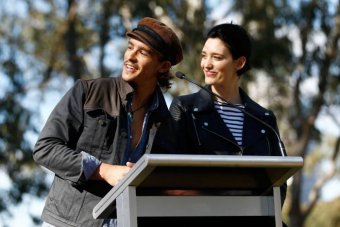 He added the festival had a history of opening doors for young filmmakers and had "never lost its unique, grassroots, 'give it a go' attitude".

Part of a growing move to move cultural events and institutions from the heart of Sydney to the city’s west, Greater Sydney Commission Chair Lucy Turnbull said she hoped the event would bring economic benefit to western Sydney.

Turnbull stated “on the back of such a successful cultural event, we will see an influx of associated investments and jobs.

"Parramatta is growing fast, and while there are challenges with growth, more cultural institutions and events show some of the many opportunities that come with growth."

NSW Environment and Heritage Minister Mark Speakman said the move to Parramatta will allow the festival to expand and attract a new and broader audience.

He concluded “Parramatta Park is an impressive world-class heritage venue that will create an exciting new home for the festival, and the decision to hold Tropfest for the first time on a Saturday night will also allow more Sydneysiders to enjoy the show.

“Greater Western Sydney, now home to more than two million people, has seen extraordinary growth in recent years and is still growing – Parramatta is a great place for a major event like Tropfest.”

Tropfest will be held on Saturday 11th February 2017 at the Cattle Paddocks, a four-hectare festival setting in Parramatta Park.

Tropfest Jr will be held on Friday 10th February, in The Crescent, Parramatta Park’s natural amphitheatre, as part of The Crescent Live program over summer.

Lower image:  Actors Brenton Thwaites and Tess Haubrich at the announcement of Tropfest moving to Parramatta.