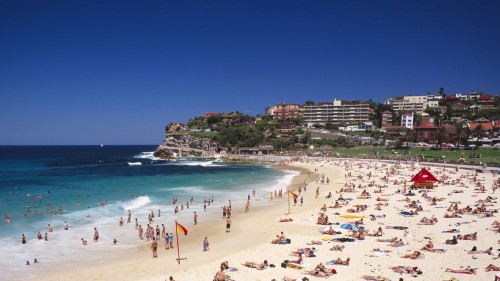 NSW Minister for Lands and Water Niall Blair said the NSW Government’s commitment to improving coastal beach water quality through this program has ensured Sydney’s beaches are now some of the cleanest and most iconic in the world.

Minister Blair explained “the three deep ocean outfalls at North Head, Malabar and Bondi were amongst Sydney’s finest engineering feats at the time and we are now enjoying the legacy of much cleaner beaches and a number of significant economic benefits thanks to this innovative project.

“The Deloitte report has shown the $300 million investment made by Sydney Water 25 years ago, has increased tourism to our city and contributed around $330 million in economic activity per year and more than 3,500 jobs to the tourist industry.

“We have also seen huge health benefits; water quality testing has shown Sydney’s coastline has improved substantially, which has contributed around $140 million to the economy in the avoidance of illnesses for around 180,000 beach users each year.”

O’Mahony stated “for the first time we have been able to quantify the significant economic dividend for Sydney from a project such as the Deep Ocean Outfalls and attribute a dollar value to the tourism, health and social benefits for Sydney as a leading global city.”

For more information on this project and the Deep Ocean Outfalls go to www.sydneywater.com.au