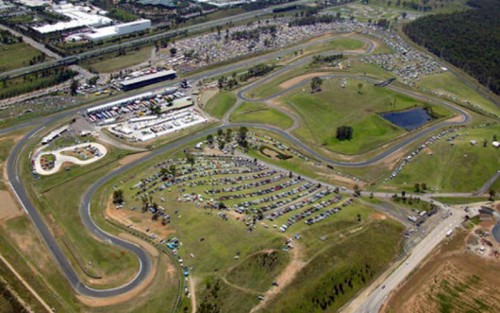 Major upgrades to Western Sydney's Eastern Creek Raceway are part of a plan to secure the long-term future of the Australian Grand Prix, according to organisers.

Allan Moffat, a board member of the Australian Racing Drivers' Club, recently stated that he believes the work could be enough to tempt the Australian Grand Prix away from Melbourne - despite the Albert Park circuit's recent deal to host the event until 2015.

Speaking to Sydney newspaper The Daily Telegraph, Moffat stated, "Bernie Ecclestone will get sick of Melbourne's refusal to host a night race. We would be in a position to take advantage.

"It would cost three times as much to develop a suitable facility on virgin land. We have the basis for it right here in the middle of Blacktown, Australia's fastest growing area."

As part of the $43 million plan to develop Eastern Creek into a 'super-circuit', the new facility would use more than 70% of the current circuit and would be reversed to run anti-clockwise. Organisers have said that work could be completed in two years.