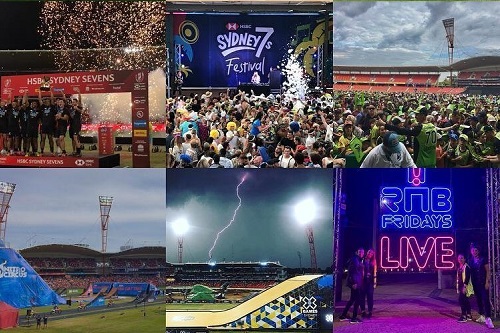 The Royal Agricultural Society of NSW has advised that Spotless’ naming rights deal for the Sydney Showground Stadium is to end, with the venue to revert back to the name it carried during the Sydney 2000 Olympics from today.

The announcement follows a record breaking summer for the Sydney Olympic Park venue with its having become, according to Australasian Leisure Management Publisher Nigel Benton, “Sydney’s defacto mid-sized venue of the moment.

“With Allianz Stadium being decommissioned and the Bankwest Stadium yet to open the variety of events at the venue this summer has been remarkable and is a testament to the versatility of the venue team.”

“Over the last few months we have been home to X Games, hurling, RnB Friday’s Live, A-League football, cricket, Rugby 7s and Nitro Circus ... with majority of these events being held for the first time ever or the first time at our stadium.

“There have been many long hours, laughs, hard work, amazing memories and a lot of records for our boutique stadium but a summer to remember.

“Now for three weekends off then back into it with the opening round of the 2019 AFL Season.”

A new naming rights partner for the venue is expected to be announced in the coming months.

For further information on the Stadium go to www.sydneyshowground.com.au/events/

Image shows some of the events held at the Sydney Showground Stadium this summer.