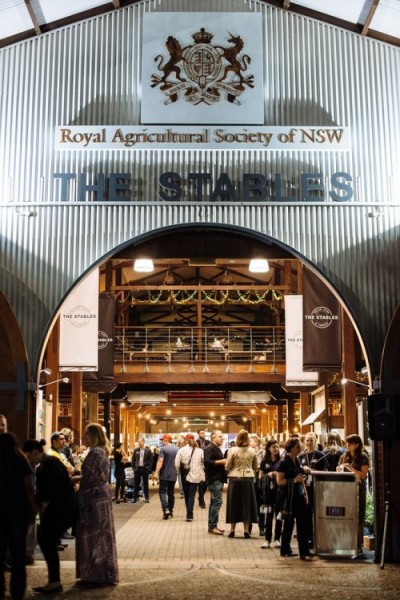 The Sydney Royal Easter Show’s ‘The Stables’ food and beverage outlet has been named as a finalist in the International Association of Amusement Parks and Attractions (IAAPA) 2007 Brass Ring Awards for ‘Best New Innovation in Food and Beverage’ (attendance under 1 million).

For many years The Stables at the Showgrounds had been known to loyal showgoers as the temporary home to the beloved Clydesdales and the RM Williams emporium.

However, that changed for this year’s Show when organiser the Royal Agricultural Society of NSW (RASNSW) answered the calls of surveyed patrons for more upmarket food and beverage offerings in a specially-themed venue.

The name ‘The Stables’ was retained, but it took on an entirely new look featuring two levels of food outlets and two bars in both stool-and-table and lounge settings.

Acclaim by both patrons and vendors saw the initiative named as a finalist in the IAAPA Brass Ring Awards - to be presented in Orlando, USA next month.

The revamp of The Stables was a 12 month project which formed part of the RASNSW’s mission to stay contemporary while not compromising on its almost 200 years of storytelling about Australian agriculture.

It obviously worked, with the 922,000 visitors to the 2017 Sydney Royal Easter Show the highest attendance since 2004.

Shane McGrath, Senior Manager of Operations and Product Development for the Sydney Royal Easter Show says the RASNSW is thrilled to have The Stables recognised internationally by way of the Brass Ring Awards.

McGrath explained “we will always have a place for cheese on a stick or the dagwood dog but set out to greatly enhance the perception of ‘Show Food’ while simultaneously putting a spotlight on our Sydney Royal Fine Food competitions and the prestigious brands associated with these awards.

“The new offer reflected and reinforced our agricultural brand and values and helped us take the message and Australia’s top quality food and produce to a large audience of consumers.”