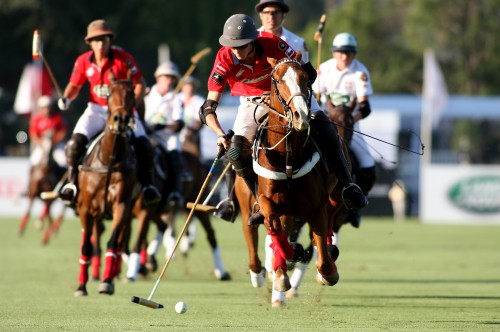 Preparations are underway for Sydney to host the 11th Federation of international Polo (FIP) World Polo Championship at the Sydney Polo Club in the Hawkesbury region from 17th to 29th October.

Entrepreneur Peter Higgins, who owns the Sydney Polo Club, submitted his winning bid for the championships in partnership with Destination NSW, which hopes the event will bring 5,000 visitors to the Hawkesbury and showcase the region to an international audience.

Higgins has regularly hosted international teams on his Club’s six international-standard fields as well as an annual polo tournament for over a decade. However, this be will the first time Sydney will have hosted the sport’s most prestigious event on behalf of polo’s international governing body, after winning the rights in December 2015.

With the backing of Destination NSW, the event will be staged over a two-week period including six days of play. Over 60,000 attendees are expected on-site across general    admission and field-side premium hospitality marquees.

Hospitality options associated with the ‘sport of kings’ are generally aimed at high-value clients, and are likely to result in high uptake.

At past events at the Sydney Polo Club, prestige car dealers Trivett have reported that, while client invites to sporting events such as rugby and tennis get, on average, a 13% uptake rate, for the polo they get a 92% uptake rate.

Hawkesbury Council gave planning approval for the event to be staged last month.

The Sydney Polo Club was a location in the filming of The Great Gatsby.

General tickets for the Championship went on sale on 25th March with hospitality packages already available.

For more information on the event go to www.fippolo.com